Too many travelers, too few planes is U.S. airlines’ 737 MAX summer dilemma 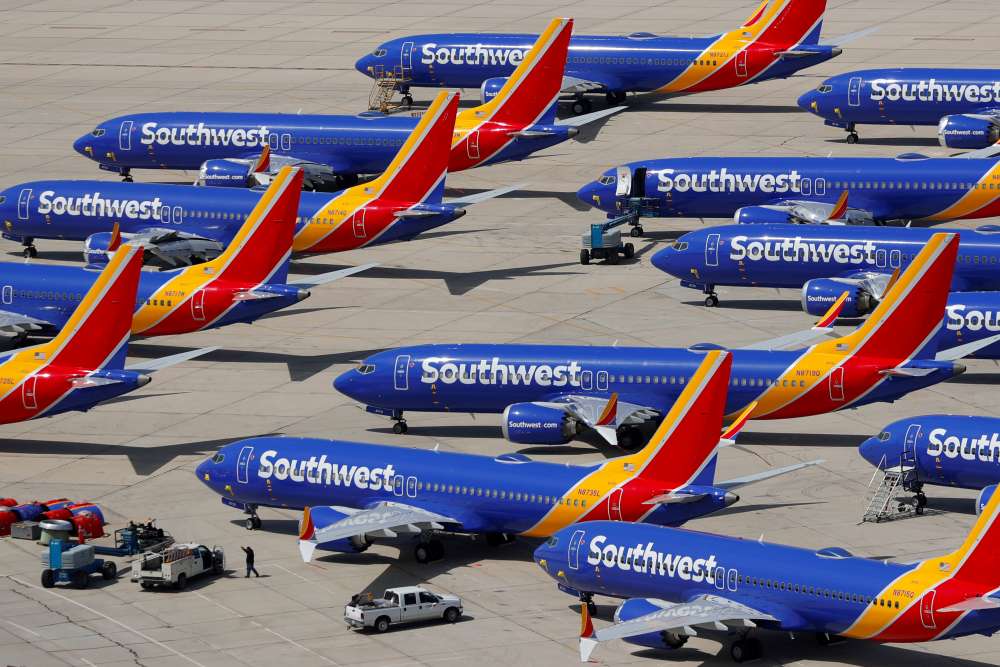 Normally U.S. airlines compete to sell tickets and fill seats during the peak summer travel season. But operators of the grounded Boeing 737 MAX are facing a different problem: scarce planes and booming demand.

The grounding of Boeing Co’s fuel-efficient, single-aisle workhorse after two fatal crashes is biting into U.S. airlines’ Northern Hemisphere spring and summer schedules, threatening to disarm them in their seasonal war for profits.

“The revenue is right in front of them. They can see it, but they can’t meet it,” said Mike Trevino, spokesman for Southwest Airlines Pilots Association and an aviation industry veteran.

Southwest Airlines Co, the world’s largest MAX operator, and American Airlines Group Inc with 34 and 24 MAX jetliners respectively, have removed the aircraft from their flying schedules into August.

Southwest’s decision will lead to 160 cancellations of some 4,200 daily flights between June 8 and Aug. 5, while American‘s removal through Aug. 19 means about 115 daily cancellations, or 1.5 percent of its summer flying schedule each day.

Low-cost carrier Southwest, which unlike its rivals only flies Boeing 737s, had estimated $150 million in lost revenue between Feb. 20 and March 31 alone due to MAX cancellations and other factors.

So far airlines have said it is too soon to estimate the impact of the MAX grounding beyond the first quarter, but the extended cancellations signal that they do not expect a quick return of Boeing’s fast-selling jetliner. The 737 MAX was grounded worldwide in March following a fatal Ethiopian Airlines crash just five months after a Lion Air crash in Indonesia. All on board both planes were killed.

Boeing is under pressure to deliver an upgrade on software that is under scrutiny in both crashes and convince global regulators that the plane is safe to fly again, a process expected to take at least 90 days.

The timing of a prolonged grounding could not be worse for Northern Hemisphere carriers. Planes run fullest during June, July and August, when airlines earn the most revenue per available seat mile, according to U.S. Bureau of Transportation Statistics.

In a letter to employees and customers on Sunday, American Airlines’ top executives said they believed the MAX would be recertified “soon” but wanted to provide their customers reliability and confidence during “the busiest travel period of the year.”

American was cancelling about 90 flights per day through early June, but runs more flights and has less fleet flexibility in the peak summer travel months.

“We’re not denying that it’s going to be a challenge for us,” American spokesman Ross Feinstein said. “That is why if we have to extend cancellations based on aircraft availability we will do so as far in advance as possible.”

United Airlines, with 14 MAX jets, has largely avoided cancellations by servicing MAX routes with larger 777 or 787 aircraft, but the airline president, Scott Kirby, warned last week that the strategy was costing it money and could not go on forever.

Overall the MAX represents just 5 percent of Southwest’s total fleet and even less for American and United, but the strain on fleets increases as additional MAX deliveries remain frozen.

To compensate, global MAX operators have added a flight or two to other aircrafts’ daily schedules and deferred some non-essential maintenance work. Some airlines are also weighing extending aircraft leases and bringing back idled planes, but with unclear MAX timing, no option is clear-cut or cheap, consultants said.

United is due to publish first-quarter results on April 16, followed by Southwest on April 25 and American on April 26.

By In Cyprus
Previous article
Iraq to join cooperation schemes which Cyprus and Greece establish with countries of the region
Next article
Two arrested, three injured after altercation in Paphos field