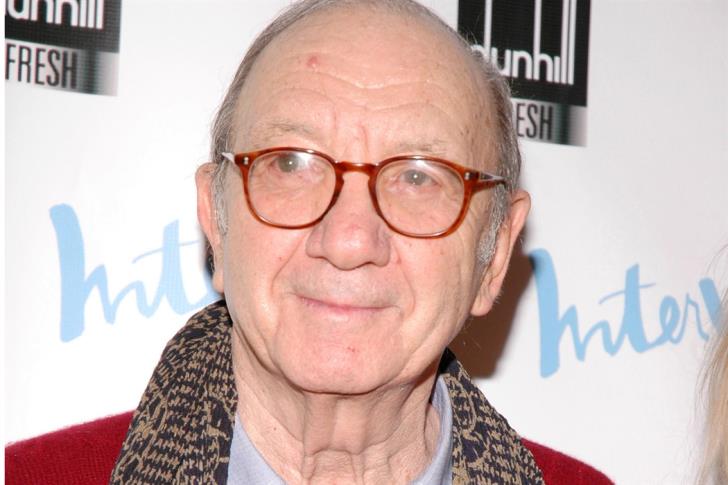 U.S. playwright Neil Simon, who became one of Broadway’s most prolific and popular playwrights as he combined humour, drama and introspection in works such as “The Odd Couple,” “The Goodbye Girl” and “Lost in Yonkers,” died on Sunday at the age of 91, the New York Times reported, citing his publicist.

Simon drew on his tumultuous New York Jewish upbringing in many of his works.

A new Simon play almost every theatrical season was a Broadway staple from 1960 through the mid-1990s, placing him in the ranks of America’s top playwrights. He wrote more than 40 plays that were funny, moving and immensely popular – sometimes shifting from slapstick to melodrama with the turn of a phrase.

At one point he had a record four plays running simultaneously on Broadway.

Simon was called “not just a show business success but an institution” by one New York critic. While his voice and comedy were decidedly East Coast and often reflected an ethnic Jewish experience, Simon’s works played to packed houses around the world.

He won Tony Awards for “The Odd Couple,” “Biloxi Blues” and “Lost in Yonkers” and a fourth for his overall contribution to American theater. He was nominated for 13 other Tonys.

“Lost in Yonkers” (1990), a painfully funny story about the relationship between an abusive mother and her grown children, also won the Pulitzer Prize for drama in 1991.

Simon’s childhood was marred by the breakup of his parents. At first he was reluctant to draw on that pain, fearing it would make his plays too dark.

Later in his career he would use his own painful experiences, such as in the semi-biographical “Brighton Beach Memoirs,” to give his work more depth.

But being entertaining was his primary goal.

“When I was a kid, I climbed up on a stone ledge to watch an outdoor movie of Charlie Chaplin,” Simon once told Life magazine. “I laughed so hard I fell off, cut my head open and was taken to the doctor, bleeding and laughing.

“… My idea of the ultimate achievement in a comedy is to make a whole audience fall onto the floor, writhing and laughing so hard that some of them pass out.”

Simon’s plays made him a wealthy man and many were turned into films, which made him even wealthier and earned him four Academy Award nominations. Among his works appearing on movie screens were “Barefoot in the Park,” “Plaza Suite,” “Brighton Beach Memoirs,” “Biloxi Blues” and “Broadway Bound.” “The Odd Couple” was even made into a successful television sitcom.

Early Simon works were sometimes deemed too sentimental or commercial by critics but as his career entered its third decade, the plays grew more serious, more mature. Frank Rich of the New York Times wrote of “Biloxi Blues” (1985) that Simon “at last begins to examine himself honestly, without compromises, and as a result is his most persuasively serious effort.”

Marvin Neil Simon was born on July 4, 1927, in the New York City borough of the Bronx, son of Irving, a garment salesman, and Mamie Simon.

After attending New York University and the University of Denver and serving in the U.S. Air Force Reserve, Simon and his mentor, older brother Danny Simon, worked together in the 1940s writing comedy sketches for radio performer Goodman Ace.

Simon and Danny, whose living arrangements once inspired Neil’s “The Odd Couple,” then moved to television, working with such popular entertainers as Sid Caesar, Phil Silver and Jackie Gleason, and with other writers including Mel Brooks and Woody Allen.

But Simon did not like television work and in 1960 came up with “Come Blow Your Horn,” which became a modest Broadway hit. It was followed by “Barefoot in the Park” in 1963, which ran for more than 1,500 performances. Simon would go on to dominate the 1960s with “The Odd Couple,” “Sweet Charity,” “Plaza Suite” and “The Last of the Red Hot Lovers.”

In the ’70s he turned out “The Prisoner of Second Avenue,” “The Sunshine Boys” and “California Suite” while his ’80s works included “Brighton Beach Memoirs,” Biloxi Blues,” “Broadway Bound” and “Rumors.” Simon continued into the next decade with “Lost in Yonkers,” “Jake’s Women,” “The Goodbye Girl” and “Laughter on the 23rd Floor.”

His semi-autobiographical trilogy – “Brighton Beach Memoirs,” “Biloxi Blues” and “Broadway Bound – was a fixture on Broadway in the 1980s.

Simon once compared his own creative process to a pinball machine, such as when he was writing “Lost in Yonkers.” The creative concept, he said, began “to move circuitously around in my brain, bouncing off one neuron to another, like a pinball that hits every number of the board repeatedly, rolls down, hits the flippers and goes bouncing back up for another go at every bell-ringing number again.”

Simon’s plays were usually set in New York with characters whose problems were similar to those experienced by Simon.

“Chapter Two,” for example, dealt with a writer whose first wife had died, trying to open himself to love a new woman. Simon’s wife of 20 years, Joan Baim, died of cancer in 1973, after which he married actress Marsha Mason, who starred in the 1979 film version of “Chapter Two.” Mason also won an Oscar for 1977’s “The Goodbye Girl,” another Simon play he adapted for the screen.

Simon received Kennedy Center honors in 1995 from President Bill Clinton for his contribution to the arts and to popular culture in the 20th century.

“He challenges us and himself never to take ourselves too seriously,” Clinton said in presenting the award. “Thank you for the wit and the wisdom.”

Simon was married five times, twice to actress Diane Lander. He is su

By In Cyprus
Previous articleMerkel says EU should meet existing emissions aims, not set new ones
Next articleMultiple fatalities in shooting at video game tournament in Florida -sheriff