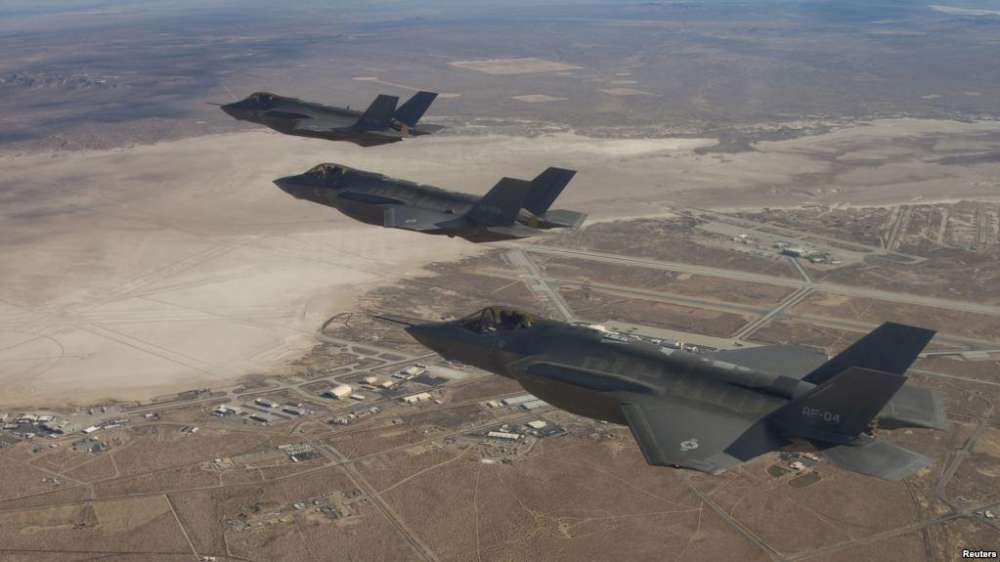 Three U.S. senators introduced a measure on April 26 aimed at blocking the transfer of Lockheed Martin’s F-35 Joint Strike Fighter to Turkey, a NATO ally and one of nine partner nations involved in producing the high-tech, radar-evading aircraft.

The bill, by Republicans James Lankford and Thom Tillis, and Democrat Jeanne Shaheen, comes at a time of deteriorating relations between the United States and Turkey, which supported the fight against the Islamic State of Iraq and the Levant (ISIL) but has become increasingly worried about U.S. support for Kurdish militant groups in northern Syria.

The three senators, in introducing the bill, issued a statement expressing concern that Turkish President Tayyip Erdoğan had embarked on a “path of reckless governance and disregard for the rule of law,” Reuters reported.

“Turkey’s strategic decisions regrettably fall more and more out of line with, and at times in contrast to, U.S. interests. These factors make the transfer of sensitive F-35 technology and cutting-edge capabilities to Erdoğan’s regime increasingly risky,” Lankford said in the statement.

The Turkish embassy in Washington did not immediately respond to a request from Reuters for comment.

The three senators also voiced concern about Turkey’s detention of an American evangelical preacher, Andrew Brunson, a long-time resident of Turkey who was jailed by Turkish authorities.

“President Erdoğan’s choice to take hostages and imprison innocent Americans, to try to gain leverage over the United States, is egregious and unlawful,” Shaheen said in the statement. Turkey plans to buy more than 100 of the F-35 aircraft.

Turkish companies have been involved in producing parts for the fighter, and Ankara is scheduled to begin receiving its first aircraft within a year.

The bill would restrict the transfer of F-35s to Turkey and limit Ankara from receiving intellectual property or technical data needed to maintain and support the fighters.

It would allow the U.S. president to waive the restrictions by certifying Turkey is not taking steps that would undermine NATO security and not wrongfully detaining U.S. citizens.