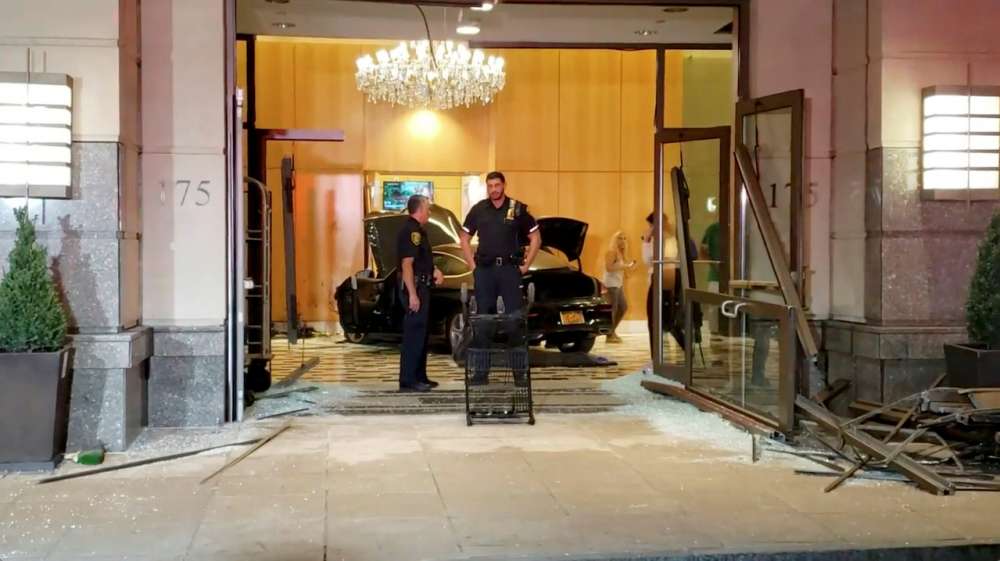 A car plowed into the main hall of a Trump Plaza in suburban New York on Tuesday night, causing minor injuries to two bystanders and the driver, news media reported.

The luxury residential property in New Rochelle is not where U.S. President Donald Trump and his family have a residence, but was widely reported by national media nonetheless.

A local ABC affiliate said the driver casually got out of his Mercedes-Benz C300 coupe and sat on the sofa in the building’s main hall after the crash at 9 p.m. in the city north of New York.

The crash appeared to be an accident and the driver was being questioned by the police early Wednesday, NBC and other media reported.

There was nothing suspicious about the crash, New Rochelle police told local media.

“We would like to thank the first responders for their swift attention to this evening’s incident,” a spokesperson for the Trump Organization said in an emailed statement to ABC News. “We are truly grateful to them for their service.”

Neither a representative for Trump’s properties nor the New Rochelle police were immediately available to Reuters early Wednesday for comment.

By In Cyprus
Previous article
Paphos: Toddler found wandering alone at night
Next article
Lawyers, accountants against supervision of fiduciaries to be amended