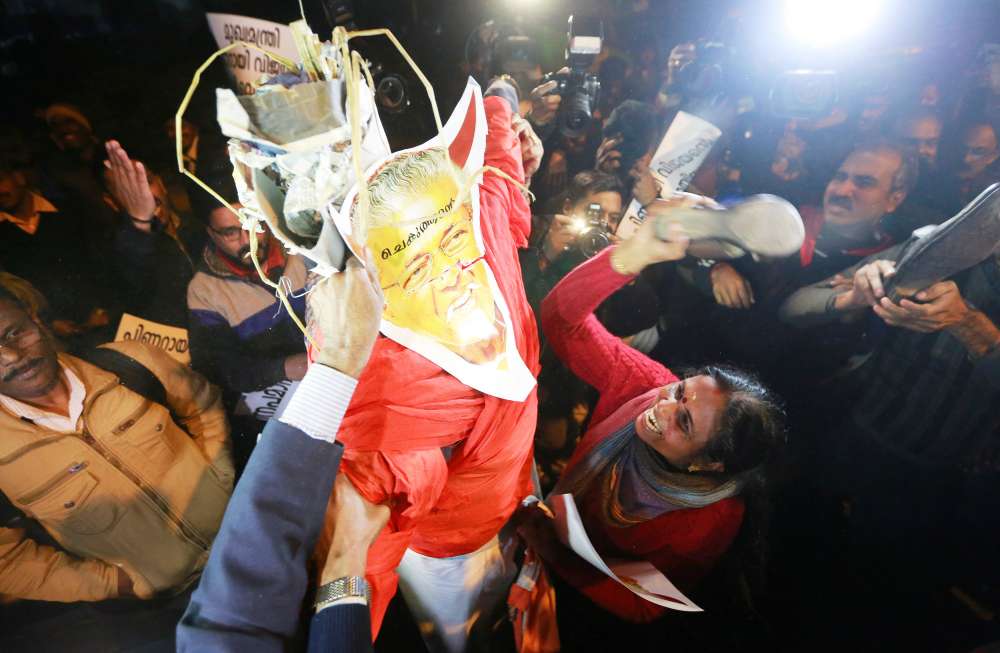 A woman aged 46 has become the third to enter the Sabarimala Hindu temple in south India in defiance of an ancient ban on females of menstruating age, the office of the chief minister of Kerala state said on Friday.

It was not immediately clear how the woman, a Sri Lankan, had got in, and the temple management denied that she had in fact entered.

The hill temple, which pays homage to the celibate god Ayyappan and draws millions of worshippers a year, is one of a few in India that bar entry to girls and women between the ages of 10 and 50, saying that menstruating women are impure.

Conservative Hindu groups shut businesses and halted transport across Kerala on Thursday with a protest strike against the communist state government, which backs a Supreme Court ruling in September that ordered the lifting of the ban.

The first two women to breach the ban arrived in an ambulance with a plainclothes police escort on Wednesday and went in through a side gate without any devotees noticing.

The chief minister’s office said the third had gone to the temple with her husband, and had been offered police protection.

Media identified her as Sasikala and reported that she had had her womb removed, which would mean she cannot menstruate. They said she had gone in at about 10:55 p.m. on Thursday.

The temple has refused to abide by the court ruling and subsequent attempts by women to visit had been blocked by thousands of devotees. It says the ban is necessary because menstruating women are impure, and denied that another woman had visited.

“The chief minister’s office is lying,” said Ayyappa Dharma Sena leader of the temple and grandson of former chief priest Rahul Easwar. “The pictures of the Sri Lankan woman Sasikala being shown in the media are fake.”

The protests against Kerala’s communist coalition, led by Chief Minister Pinarayi Vijayan, were backed by both of the main national parties – Prime Minister Narendra Modi’s Hindu-nationalist Bhartiya Janata Party (BJP) and the opposition Congress party. A general election is due by May.

On Friday, only small protests were reported from across the state. Fewer than 100 members of the Congress youth wing marched and shouted slogans against the chief minister in the city of Kochi.

In some parts of South Asia, menstruating women are commonly forbidden to enter houses or temples or take part in festivals and community events.

(Reuters/Photo: Protesters beat an effigy of Pinarayi Vijayan, Chief Minister of the southern state of Kerala, with shoes during a protest against state government for allowing two women to defy an ancient ban and enter the Sabarimala temple, in New Delhi, India, January 3, 2019. REUTERS/Adnan Abidi)