Theresa May gets locked in car while Merkel looks on (video) 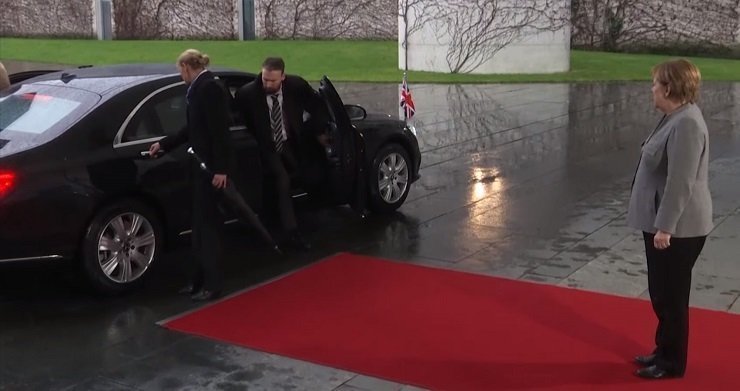 Theresa May got locked in her car after she arrived to meet Angela Merkel in Berlin on Tuesday.

The British prime minister was about to meet her German counterpart to discuss the Brexit deal.

TV cameras captured the moment as an official struggled for more than 10 seconds to open the door, before May emerged to shake hands with Merkel.

The British PM is meeting several European leaders and officials in a bid to rescue her Brexit deal after she postponed a House of Commons vote.

During the referendum campaign in 2016, Michael Gove, the environment secretary who was then a leader of the Vote Leave campaign, warned that if the UK stayed in the EU, we would be like ‘hostages locked in the back of the car’.