Theresa May filmed playing football in her local constituency (video) 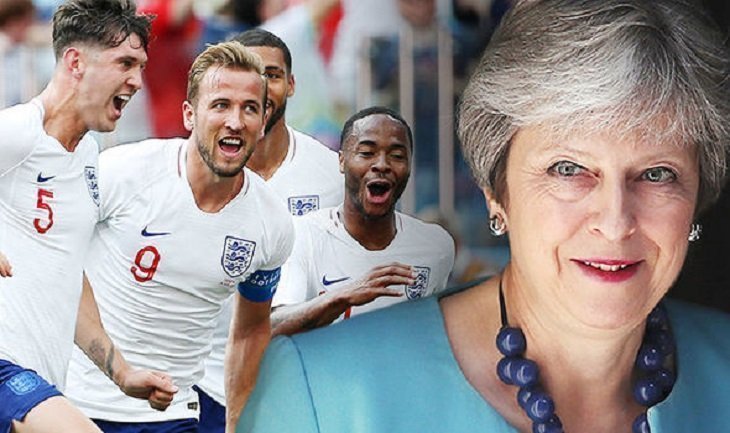 Theresa May has decided to commemorate a “historic week” for English football by tweeting a video of herself playing football with children in her local Maidenhead constituency.

The Prime Minister wanted to celebrate the fact that two English teams, Liverpool and Tottenham Hotspur reached the Champions League final, while London clubs Arsenal and Chelsea will compete in the Europa League final.

She shared a clip of her joining in with the game on her Twitter page, and said: ‘It’s been a historic week for English football, with Liverpool, Spurs, Arsenal and Chelsea inspiring children, adults, prime ministers.’

May was mocked earlier in the week for trying to compare Liverpool’s remarkable comeback against semi-final opponents Barcelona to her attempts to secure a Brexit deal.

“I actually think that when we look at the Liverpool win over Barcelona last night, what it shows is that when everyone says it’s all over, that your European opposition have got you beat, the clock is ticking down, it’s time to concede defeat, actually we can still secure success if everyone comes together,” she said during prime minister’s questions on Wednesday.

May was first elected Member of Parliament (MP) for Maidenhead in 1997.