“There can be no dialogue under the regime of threats”, Greek FM says 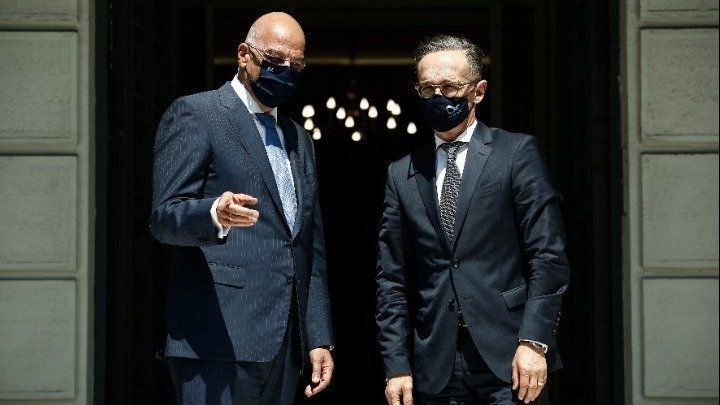 Foreign Minister Nikos Dendias said that the obsession with delinquency leads nowhere, after meeting with his German counterpart Haiko Maas on Tuesday.

Referring to Turkey, Dendias stressed that instead of deescalation moves there have been new provocations.
He noted that these behaviours and moves undermine stability in the region and constitute a violation of international law.

The Greek FM also noted that the situation in the Eastern Mediterranean concerns the entire European Union and stressed that the EU acquis needs to be strongly defended against regressive forces.

Dendias also called for sanctions to be imposed on Turkey at the forthcoming Informal Council of Foreign Ministers.
Talking about the prospect of dialogue with the neighbouring country he stressed that “many of us recommend dialogue, but there can be no dialogue under the regime of threats”.

On his part, Maas called for an immediate end to all provocations and added that the slightest spark in the East Med region could cause disaster.

Finally, he noted that Germany will with all its strength support the dialogue process, always on the basis of international law.