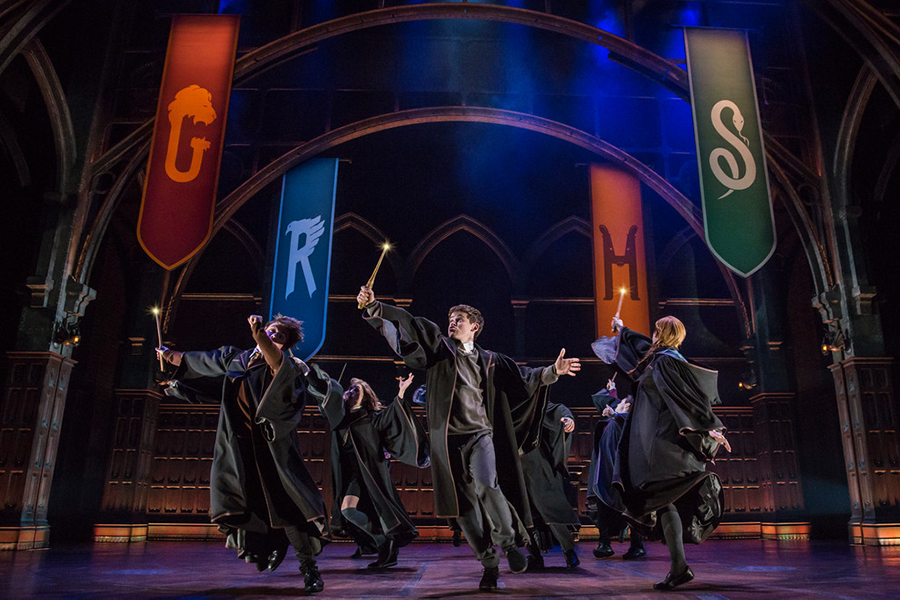 “Harry Potter and the Cursed Child” won the Tony for best play on Sunday while “The Band’s Visit” swept the musical categories with 10 wins, including the top award best musical at Broadway’s annual honors for the best in theater.

Glenda Jackson and Andrew Garfield took home acting prizes and rocker Bruce Springsteen received a special Tony, while a revival of the AIDS drama “Angels in America” was named best play revival and “Once On This Island” won best musical revival.

But the biggest surprise of the night came when Robert De Niro, appearing on stage to introduce Springsteen, used the “F-bomb” against U.S. President Donald Trump.

De Niro’s comments brought the cheering crowd at Radio City Music Hall to its feet but were bleeped for U.S. television audiences.

It lost just one category among its 11 nominations, with its 10 wins just two shy of the record for any show set by “The Producers.”

“I avoided so many events with them (his parents) in the past because I pretended that I was not Middle Eastern,” said Stachel, whose father is of Yemeni and Israeli heritage.

He also praised “a cast of actors who never believed they would be able to portray their own races.”

Garfield won best actor in a play for his acclaimed performance in “Angels in America,” which also won Nathan Lane his third Tony, as closeted conservative lawyer Roy Cohn, who died of AIDS.

Praising playwright Tony Kushner, an emotional Lane said, “Tony wrote one of the greatest plays of the 20th century, and it is still speaking to us as powerfully as ever in the midst of such political insanity.”

Kushner, noting it was 21 weeks until the mid-term congressional elections in the United States, continued the political vein adding, “21 weeks to save our democracy.”

Jackson, 82, returning to Broadway after 30 years and a lengthy term as a British politician, was named best actress for her tour-de-force performance in Edward Albee’s “Three Tall Women.”

The Tonys, hosted by singer-songriter-actors Josh Groban and Sara Bareilles, capped another record year on Broadway with $1.7 billion in box office receipts, despite the smallest number of new productions in 20 years.

By In Cyprus
Previous articleIrish tourist killed in Ayia Napa may have fallen from balcony
Next articleCCB deal expected soon: 800 employees to be laid off