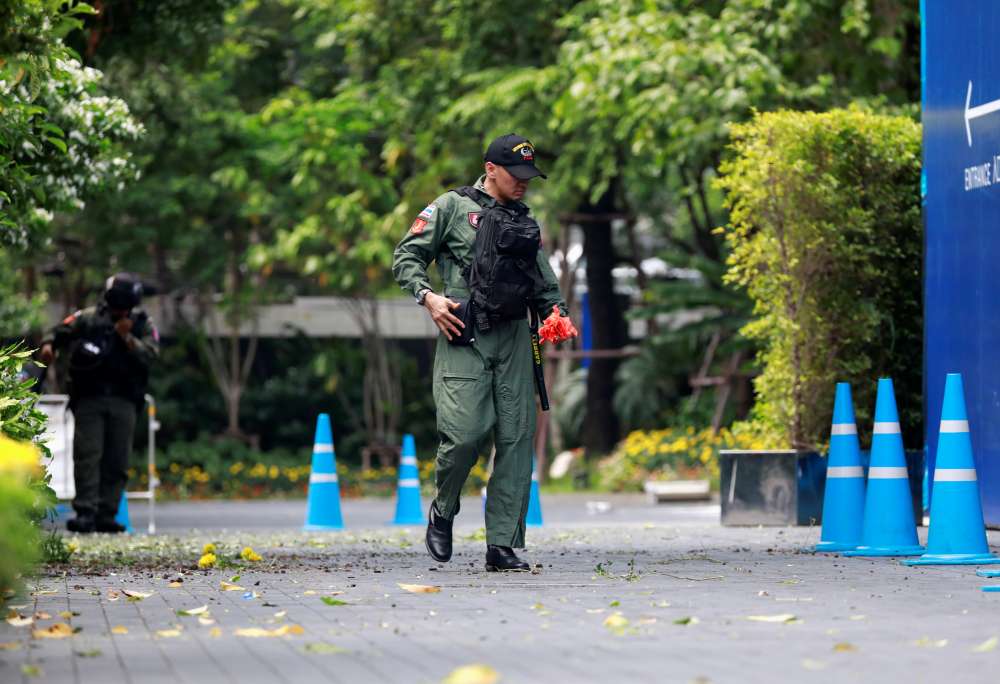 Six bombs exploded in the Thai capital on Friday as the city’s hosted a meeting of Southeast Asian foreign ministers, that was also attended by top diplomats from the United States, China, and other world powers.

Authorities now say that six other fire-bombs also went off on Friday in central Bangkok, including two that caused fires a in shopping malls in a central shopping district popular with tourists.

On Saturday, three more bombs also went off at three ATM machines in southern Pattani province on Saturday, no one was hurt or claimed responsibility for the attack.

“There are more than 10 people involved that need to be arrested, charged, and investigated for the cause of the attack,” Prayuth said.

“We could not say at the moment who is behind the attack but they are heartless and mean with the aim to create chaos for the country at a time when things are proceeding under a democratic government,” he said.

Two men have been detained since Friday, accused of planting two bombs, which authorities earlier had said were fake, in front of the police headquarters in central Bangkok a day earlier.

The two suspects are from Narathiwat, one of the largely Malay-Muslim provinces in Thailand’s deep south where more than a decade long insurgency has left nearly 7,000 people dead since 2004.

The violence has largely been confined to that region, although Muslim militants have been blamed for bomb attacks in the capital in the past.

No group has yet claimed responsibility for the attacks.

By In Cyprus
Previous articleCyprus tops EU list for pesticides residues in food, report says
Next articleNumber of unemployed in July reaches lowest point since 2011