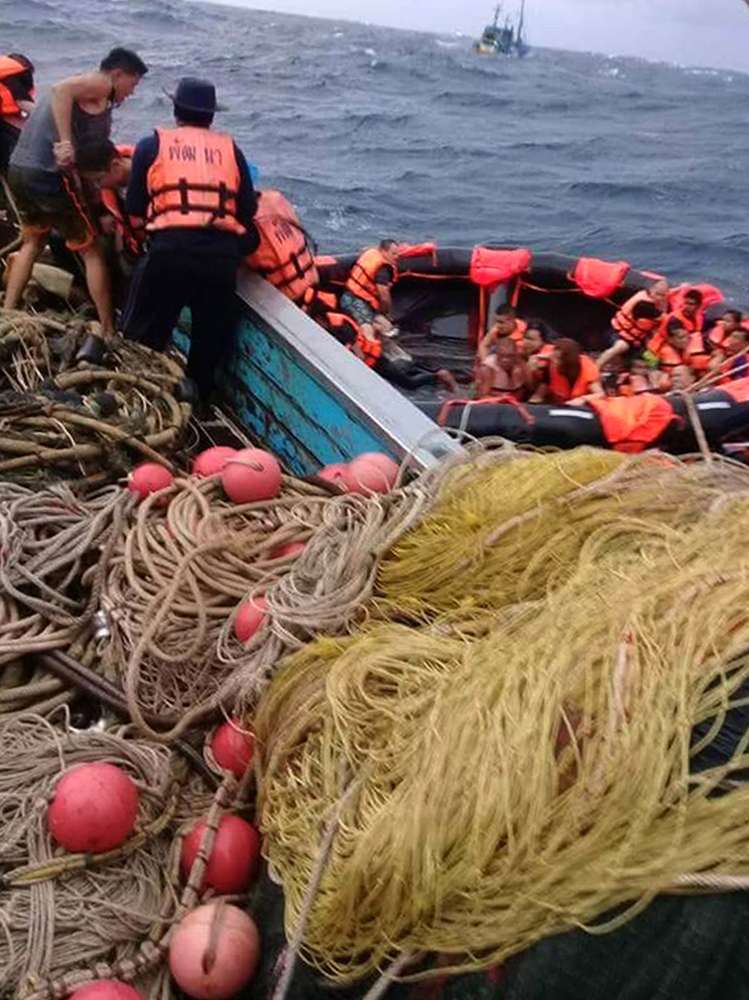 Despite fading hopes, rescuers in Thailand resumed a search on Saturday for 23 survivors after a boat carrying Chinese tourists sank off the island of Phuket in rough weather, while authorities began to investigate the boat’s operator.

The death toll from one of the worst transport accidents in Thailand‘s recent history reached 33, authorities have said, with 49 of the 105 passengers on the sunken Phoenix rescued, although 37 are still in hospital, some with severe injuries.

“We will take any chance in the search for life,” Tourism Minister Weerasak Kowsurat said at the search site on Friday, following comments by a Marine Department official that there was probably “no chance” of finding more survivors.

“Safety and service have to be placed above revenue,” Weerasuk added.

Some Thais and tour operators have questioned why the boat was at sea during bad weather.

Thai junta number two Prawit Wongsuwan has ordered an investigation into why it appeared to have ignored a weather warning, while police said they would seek to charge the captain and owner with negligence.

The Phoenix, which was carrying 93 Chinese along with 12 Thai crew and tour guides, sank after being hit by five-metre (16-ft) -high waves in a storm on Thursday evening off Phuket, whose beaches and nightlife draw tourists.

Thailand is in the middle of its rainy season, which usually runs from May to mid-October and often generates high winds and flash storms in coastal areas.

Tourism is a key driver of growth in Southeast Asia’s second-largest economy, making up 12 percent of gross domestic product, and the most foreign visitors come from China.

Many of the dead from the disaster were found drifting face down, wearing life jackets, near where it sank.

The dead and injured were taken to a hospital on Phuket’s east coast, where relatives began to gather, with more expected over the weekend. Officials have asked for Chinese interpreters to assist.

Thai officials on Saturday ordered boats not involved in the search to stay at anchor while it lasts.

Accidents on the scale of this week’s disaster were “not good” for Thailand, said tourist police official Surachate Hakparn, adding, “We have to be more stringent.”

Thailand is already in the global spotlight with a multinational rescue operation to save 12 schoolboys and their soccer coach trapped for days in a mountain cave in its north.

By In Cyprus
Previous article
Public beach rules: Maximum prices and no reservations
Next article
Temperature stuck at 40 C, small drop on Sunday