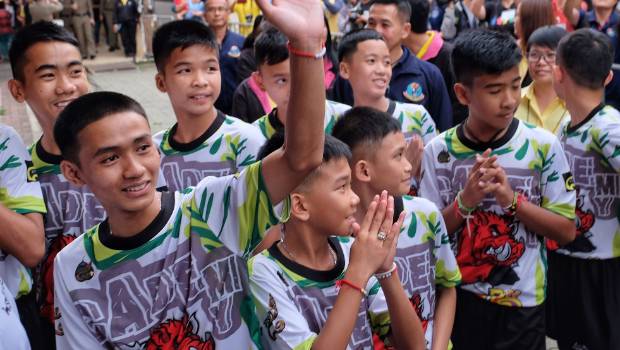 The 12 children who were rescued from flooded caves in Thailand this year will be at Old Trafford on Sunday to watch Manchester United play Everton.

The youngsters, all members of a junior football team, were rescued in July after being trapped for over two weeks.

Their plight gained worldwide attention and in the aftermath the children were invited to a United game by the club’s executive vice-chairman Ed Woodward.

By In Cyprus
Previous article
Merkel’s government braces for high-stakes German state election
Next article
Leicester City owner, his daughter and three others were on crashed helicopter