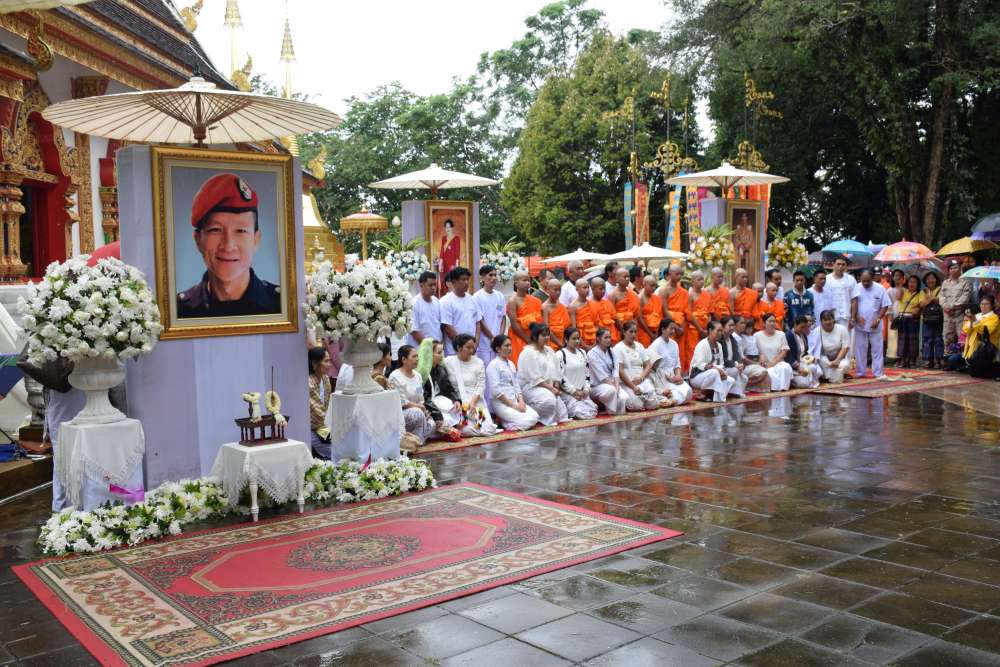 Eleven boys from a soccer team rescued from a flooded Thai cave in a drama that gripped global audiences were ordained as Buddhist novices on Wednesday in memory of a volunteer diver who died during their rescue.

Dressed in white robes, the boys and their 25-year-old coach, Ekapol Chanthawong, arrived at the Wat Phra That Doi Tung temple in Thailand’s northern province of Chiang Rai, amid light rain and fog.

They listened to Buddhist chants before being given saffron robes in an emotionally-charged ceremony broadcast live on Facebook by authorities. They had had their hair shaved a day earlier in preparation to become novice monks.

“Their lives will change now,” Manit Prakobkit, an official of a regional cultural group, told media. “This experience will help them to appreciate their parents and give them a taste of Dhamma.”

The group will spend nine days living at another Buddhist temple, adhering to the teachings and precepts of Buddhism, Thailand’s main religion.

The stay will fulfil a promise the boys’ families made for their safe return, as well as honour the memory of diver Samarn Kunan, 38, the only casualty in the operation to save the group after monsoon rains trapped them in the cave.

The international rescue operation wrapped up successfully on July 10, when the last of the group was brought to safety from inside the flooded Tham Luang Cave in Chiang Rai.

The twelfth team member, fourteen-year-old Adul Sam-on, is Christian and was not ordained.

At the temple on Wednesday the boys helped each other put on the new robes, at a ceremony attended by their relatives and Samarn’s wife, Valeepoan Kunan.

The ceremony ended with attendees and worshippers using umbrellas to snare packets of coins scattered into the air, a custom meant to signify that the novices forswear worldly treasure.

The boys and Ekapol had gone to explore the cave complex on June 23 when they became trapped. They survived for nine days on water dripping from rocks before divers discovered them on a muddy mound.

Their dramatic rescue has piqued the interest of as many as 12 film production companies, including two foreign and four Thai firms, the government said on Wednesday.

The government has set up a panel to ensure the factual accuracy of films about the rescue, it said on Tuesday.

There were no related copyright issues, as the story was “public knowledge”, Thai culture minister Veera Rojpojanarat said in a statement.

“Therefore, anyone can produce movies, videos, and animations of it,” Veera said.