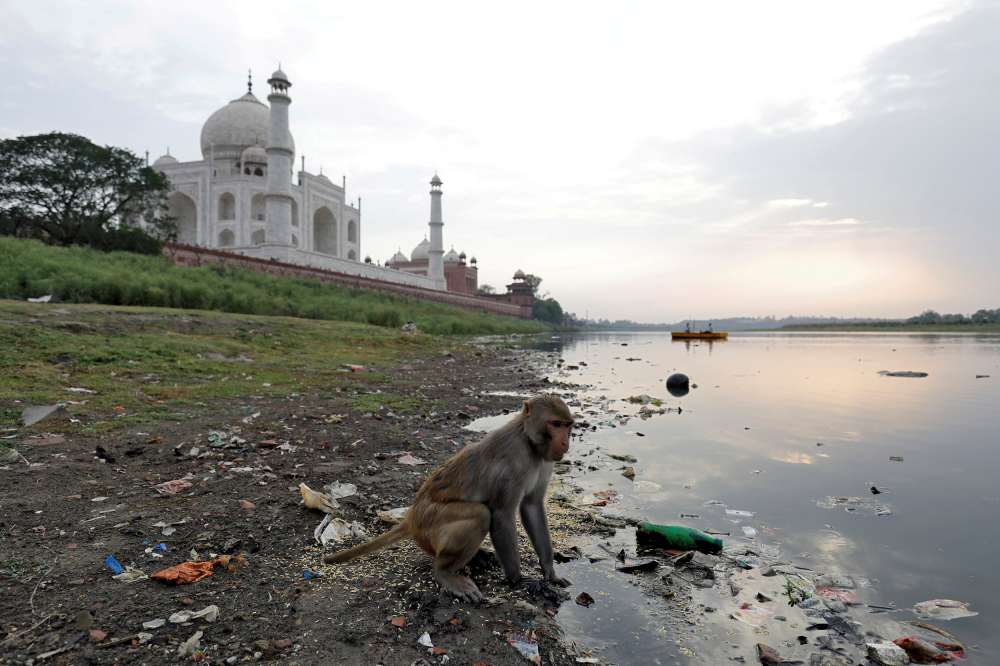 Police armed with slingshots are taking aim at troops of monkeys that harass visitors at India‘s Taj Mahal.

The marauding monkeys forage for food around the entrance to the 17th century monument in the northern city of Agra, where visitors’ bags are scanned and food thrown away.

“We found that monkeys get scared by just seeing us brandishing these slingshots,” he told Reuters.

There are 500-700 rhesus macaques living in and around the monument. Experts say they are becoming more aggressive as an expanding city encroaches on their natural habitats.

In November, a monkey snatched a 12-day-old Indian boy from his mother outside Agra and killed him.

Taj Mahal guards have been told not to attack the monkeys but to scare them away from tourists, Bhushan said.

Built by a Mughal emperor for his wife, the Taj Mahal has 25,000 visitors daily, rising to 80,000 during the peak tourist season.

Rhesus macaques have also spread havoc in New Delhi, snatching food and mobile telephones, breaking into homes and terrorizing people in and around theIndian capital.