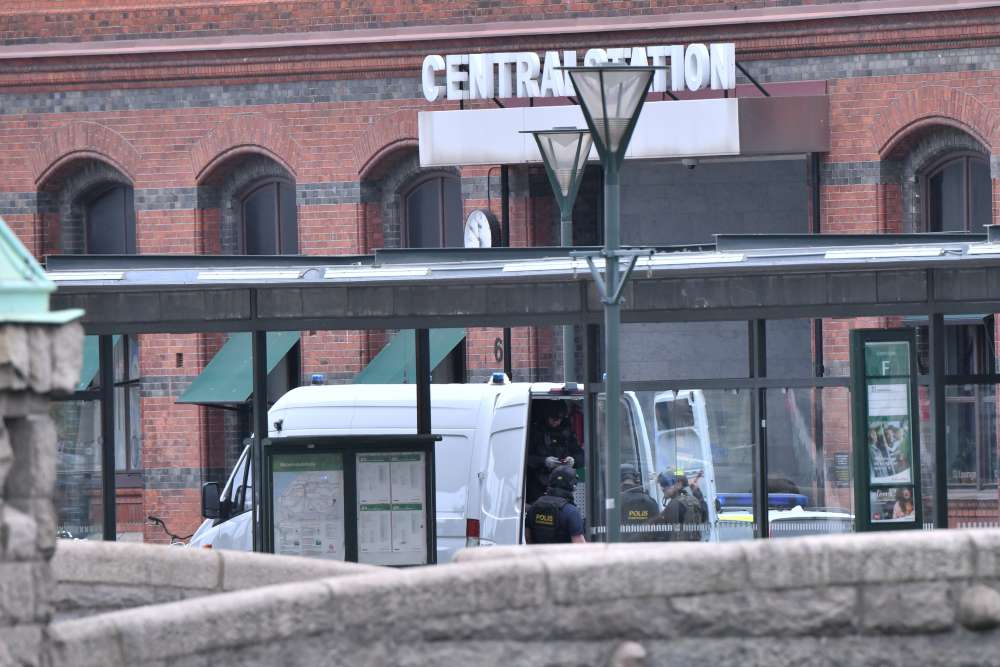 Swedish police on Monday shot and injured a man at the central station in Malmo, in southern Sweden, after he exhibited “threatening behaviour”, law enforcement said.

The station in downtown Malmo, a major hub for regional rail traffic, was evacuated in the wake of incident. There were no other injuries reported apart from the man fired upon. He had been taken to hospital by ambulance, police said in statement.

A police spokesman did not explain what constituted the man’s behaviour but said its bomb squad was investigating the area, adding it was too early to say whether the event was terror-related or not.

“We are investigating if this is an isolated event, what intent this man may have had, and if he is alone,” police spokesman Calle Persson said.

Persson said no explosives had been found so far but that the search of the premises continued. “We still don’t know who this person is and we are working to find that out,” he added.

Malmo police said it was increasing its presence at public places across the sea-side town of just over 300,000 people. “This presence will remain in place until police know more about the incident at the central station,” police said.

Railway traffic to and from the station had been suspended due to the shooting, the regional and national train operators said separately.

By In Cyprus
Previous article
Up to 2 million Syrians could flee to Turkey if clashes worsen – U.N.
Next article
Dali residents report neglection by local council (photos)