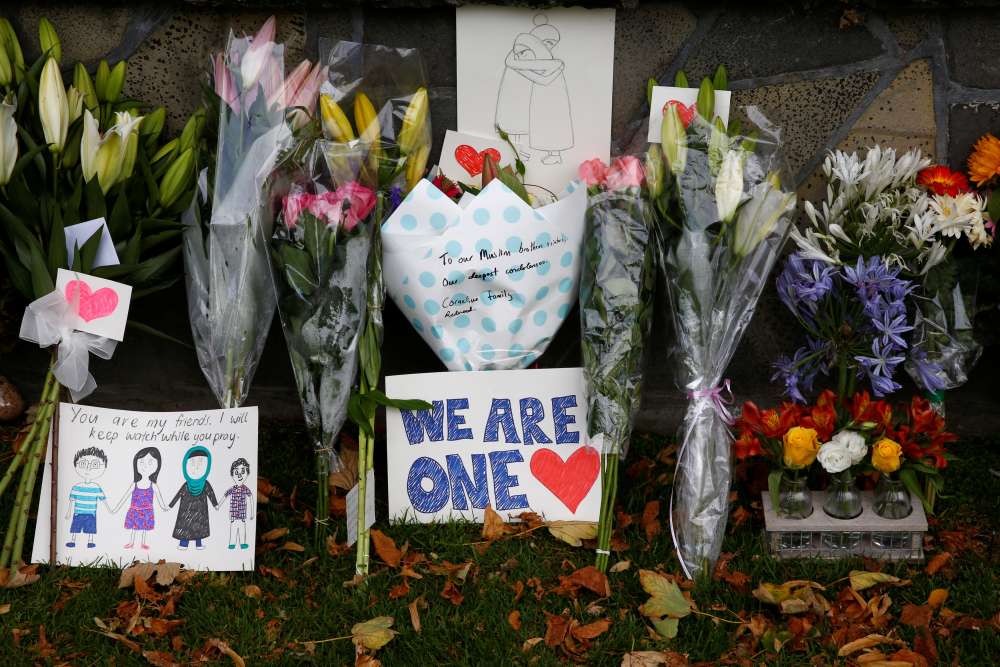 Australian Brenton Harrison Tarrant, 28, a suspected white supremacist, was charged with murder on Saturday after 49 people were killed and dozens wounded in mass shootings at two New Zealand mosques.

Tarrant, handcuffed and wearing a white prison suit, stood silently in the Christchurch District Court where he was remanded without a plea. He is due back in court on April 5 and police said he was likely to face further charges.

The attack, which Prime Minister Jacinda Ardern labelled as terrorism, was the worst ever peacetime mass killing in New Zealand and the country had raised its security threat level to the highest.

Tarrant has been identified as a suspected white supremacist, based on his social media activity.

Footage of the attack on one of the mosques was broadcast live on Facebook, and a “manifesto” denouncing immigrants as “invaders” was also posted online via links to related social media accounts.

The video showed a man driving to the Al Noor mosque, entering it and shooting randomly at people inside. Worshippers, possibly dead or wounded, lay on the floor, the video showed.

At one stage the shooter returns to his car, changes weapons, re-enters the mosque and again begins shooting. The camera attached to his head recording the massacre follows the barrel of his weapon, like some macabre video game.

Forty-one people were killed at the Al Noor mosque.

One man who said he was at the Al Noor mosque told media the gunman burst in as worshippers were kneeling for prayers.

“He came and started shooting everyone in the mosque, everywhere,” said Ahmad Al-Mahmoud. He said he and others escaped by breaking through a glass door.

Tarrant was arrested in a car, which police said was carrying improvised explosive devices, 36 minutes after they were first called.

“The offender was mobile, there were two other firearms in the vehicle that the offender was in, and it absolutely was his intention to continue with his attack,” Ardern told reporters in Christchurch on Saturday.

Two other people were in custody and police said they were seeking to understand whether they were involved in any way.

None of those arrested had a criminal history or were on watchlists in New Zealand or Australia.

Ardern said Tarrant was a licensed gun owner who allegedly used five weapons, including two semi-automatic weapons and two shotguns, which had been modified.

“I can tell you one thing right now, our gun laws will change,” Ardern told reporters, saying a ban on semi-automatic weapons would be considered.

New Zealand has in the past tried to tighten firearm laws, but a strong gun lobby and culture of hunting has stymied such efforts. There are an estimated 1.5 million firearms in New Zealand, which has a population of only five million, but the country has had low levels of gun violence.

Police Association President Chris Cahill the semi-automatic weapons used in the mosque shootings were banned in Australia after the Port Arthur massacre in 1996 in which 35 people were gunned down.

“There is no place in the upcoming debate for the radical gun lobby which has made its presence felt in previous attempts to make our country safer,” Cahill said in a statement.

“We have seen what happens in the United States when gun radicals are involved. Nothing. That is not good enough for New Zealand.”

Twelve operating theatres worked through the night on the more than 40 people wounded, said hospital authorities. Thirty six people were still being treated on Saturday, of which 11 remained in intensive care. One victim died in hospital.

“The wounds from gunshots are often quite significant,” Christchurch Hospital’s Chief of Surgery Greg Robertson told reporters. “Many of the people require multiple trips to the theatre to deal with the complex series of injuries they have.”

Funerals were planned on Saturday for some of the victims, several of whom were born overseas.

Dozens of people laid flowers at cordons near both mosques in Christchurch, which is still rebuilding after a devastating earthquake in 2011 that killed almost 200 people.

Wearing a black scarf over her head, Ardern hugged members of the Muslim community at a Christchurch refugee centre on Saturday, saying she would ensure freedom on religion in New Zealand. “I convey the message of love and support on behalf of New Zealand to all of you,” she said.

The majority of victims were migrants or refugees from countries such as Pakistan, India, Malaysia, Indonesia, Turkey, Somalia and Afghanistan. Muslims account for just over 1 percent of New Zealand’s population.

Leaders around the world expressed sorrow and disgust at the attacks, with some deploring the demonisation of Muslims.

U.S. President Donald Trump, who condemned the attack as a “horrible massacre”, was praised by the accused gunman in a manifesto posted online as “a symbol of renewed white identity and common purpose”.

Asked by a reporter in Washington if he thought white nationalism is a rising threat around the world, Trump said: “I don’t really. I think it’s a small group of people that have very, very serious problems.”

Ardern said she had spoken to Trump, who had asked how he could help. “My message was sympathy and love for all Muslim communities,” she said she told him.

Political and Islamic leaders across Asia and the Middle East voiced concern over the targeting of Muslims.

“I blame these increasing terror attacks on the current Islamophobia post-9/11,” Pakistani Prime Minister Imran Khan posted on social media. “1.3 billion Muslims have collectively been blamed for any act of terror.”