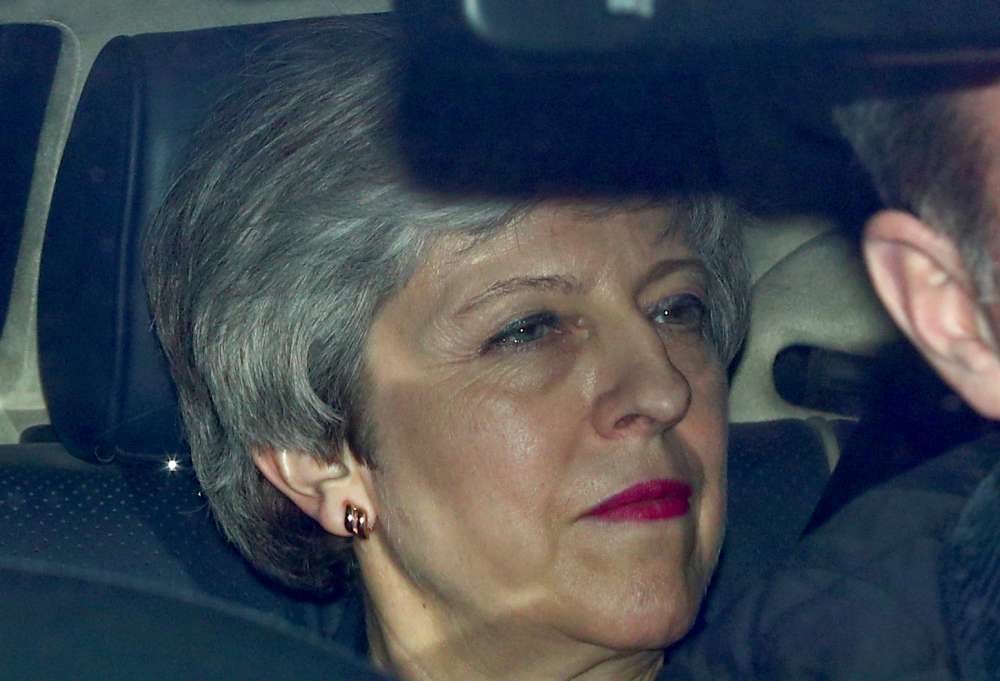 Prime Minister Theresa May puts a stripped-down version of her Brexit divorce deal to a vote in parliament on Friday in an attempt to break the impasse over the United Kingdom’s exit from the European Union.

The vote, on the day the country was originally due to exit the European Union, illustrates the depth of the three-year Brexit crisis that has left it uncertain how, when or even if it will ever leave.

Lawmakers will vote on May’s 585-page EU Withdrawal Agreement at a special sitting but not on the 26-page Political Declaration for future relations she negotiated at the same time, a manoeuvre which led to confusion among lawmakers.

As May tries to salvage its twice-defeated exit deal, thousands of people opposed to delaying Brexit are expected to protest in central London with a “Brexit Betrayal” march led by prominent Brexit campaigner Nigel Farage ending outside parliament.

Amid the chaos, May agreed with the EU to delay Brexit from the originally planned March 29 until April 12, with a further delay until May 22 on offer if May could get her divorce package ratified by lawmakers this week.

“It is in fact really the last chance we have to vote for Brexit as we understood it,” said Liam Fox, May’s Brexit-supporting trade minister.

May on Wednesday pledged to quit if her deal was passed but even that failed to immediately win over many Brexit supporters in her party. They say her deal leaves the United Kingdom tied far too close to the EU.

The uncertainty around Brexit, the United Kingdom’s most significant political and economic move since World War Two, has left allies and investors aghast.

Supporters of Brexit say while the divorce might bring some short-term instability, in the longer term it will allow the United Kingdom to thrive if cut free from what they cast as a doomed attempt in European unity.

If the government wins the vote, it believes it will have satisfied the conditions set by the EU in order to delay Britain’s exit from the bloc until May 22. These conditions were set out at a European Council summit on March 21.