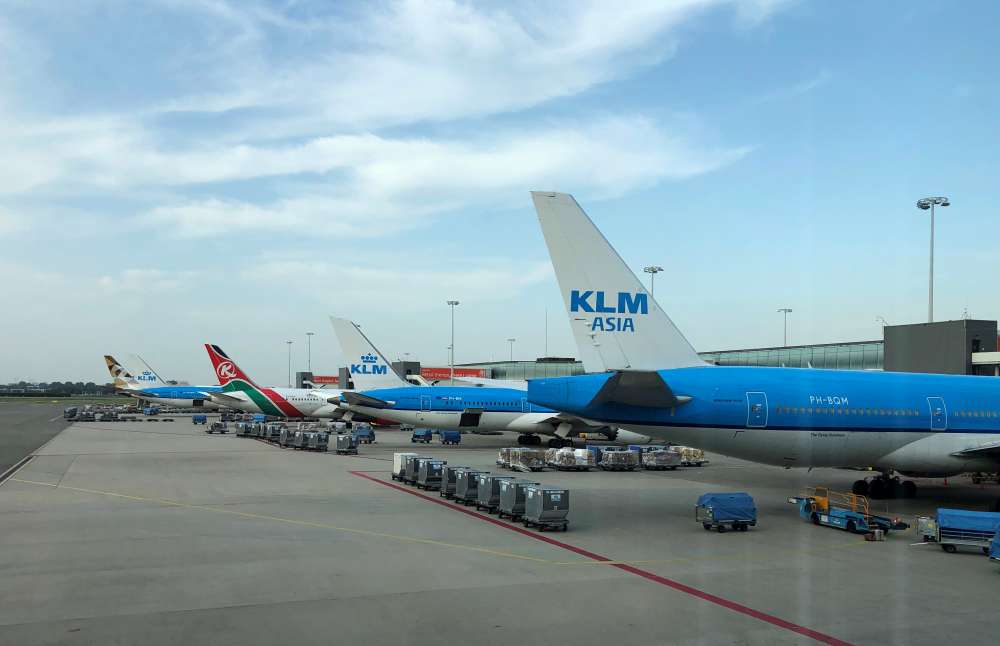 Dozens of flights were cancelled or delayed at Amsterdam’s Schiphol Airport on Monday morning due to a strike by ground staff at KLM, the Dutch subsidiary of Air France-KLM.

The two-hour work stoppage from 0600 GMT to 0800 GMT was intended to influence ongoing negotiations between trade unions and the airline on pay and working conditions.

Talks between the parties over a new collective bargaining agreement began in May, with unions demanding a salary increase of 8% over two years, as well as more full time employees and better working hours.

On Thursday KLM offered a 6-7% pay rise over three years, which unions rejected.

The KLM ground crews service flights for Air France, as well as Delta and other “SkyTeam” allied airlines. (Reuters)