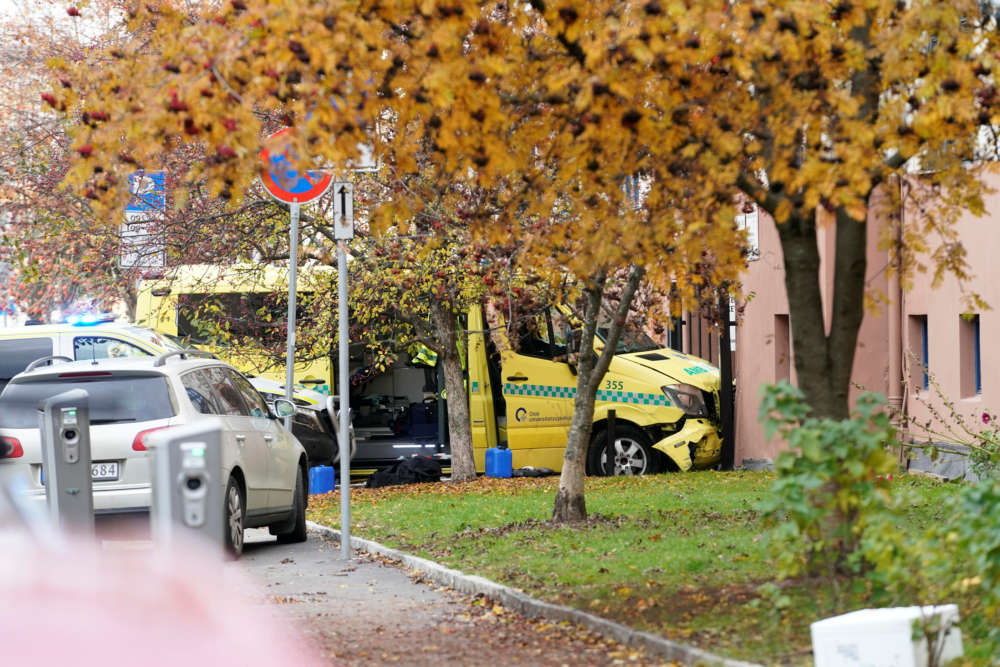 An armed man stole an ambulance in Oslo on Tuesday, injuring three people including two babies when he drove off and hit a family, Norwegian police and hospital officials told Reuters.

The man was apprehended after police fired shots at the vehicle, although the suspect was not critically injured, the police said in a separate statement.

“Two babies were injured after the hijacked ambulance hit a family. They are twins, seven months old, they are being treated,” an Oslo University hospital spokesman told Reuters.

Public broadcaster NRK showed images of an ambulance driving in the Torshov neighbourhood of Oslo while several gunshots rang out.

The hospital spokesman said two of the hospital’s ambulances were involved.

“One was hijacked by an armed person with a shotgun. Some minutes later one of our other ambulances managed to stop the hijacked vehicle by crashing into it. Then the police came after the crash and got him,” he said.

Police declined to comment on whether the incident was being treated as a deliberate attack.

“An armed man stole an ambulance, drove away and hit some people. We got him now,” the police spokesman told Reuters