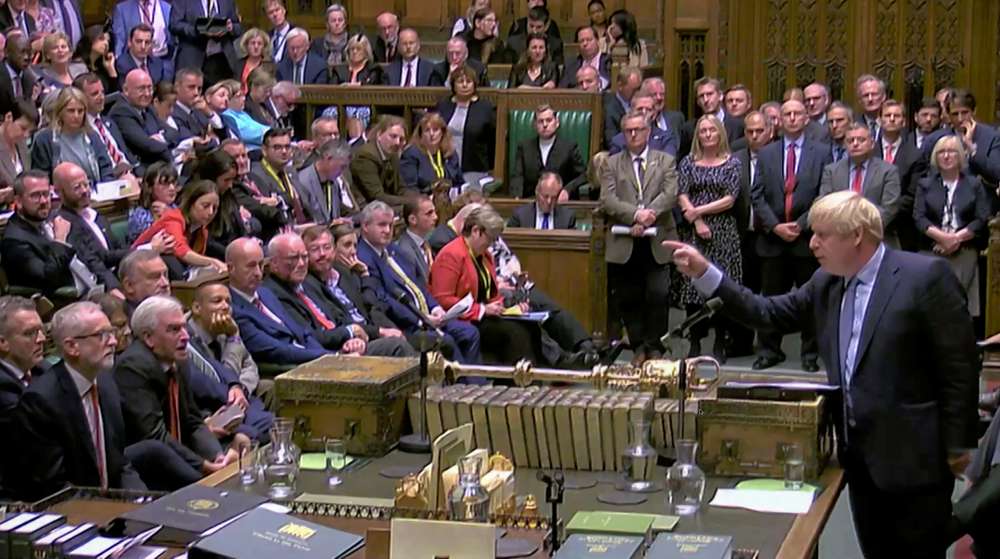 The husband of murdered British lawmaker Jo Cox said he was shocked by the fury of the Brexit debate and called on both sides to step back from the inferno of vitriolic rhetoric after Prime Minister Boris Johnson goaded his opponents in parliament.

Jo Cox, a 41-year-old lawmaker for the opposition Labour Party was murdered a week before the 2016 Brexit referendum by Thomas Mair, a loner obsessed with Nazis and extreme right-wing ideology. Two young children lost their mother.

Brexit has illustrated a United Kingdom divided about much more than the European Union, and has fueled soul-searching about everything from secession and immigration to capitalism, empire and modern Britishness.

The rage and ferocity of the Brexit debate has shocked allies of a country that has for over a century touted itself as a confident – and mostly tolerant – pillar of Western economic and political stability.

Cox’s husband, Brendan, said he was shocked by the vicious cycle of inflammatory language on display on both sides in the House of Commons on Wednesday, saying such vitriol risked tipping the United Kingdom towards violence.

When asked how his late wife might have responded, Cox said: “She would have tried to take a generosity of spirit to it and thought about how in this moment you can step back from this growing inferno of rhetoric.”

“This isn’t something which is solely the territory or bad behaviour by one side of the debate,” he told the BBC. “It creates an atmosphere where violence and attacks are more likely.”

Johnson taunted his rivals on his return to parliament on Wednesday, goading them to either bring down the government or get out of the way to allow him to deliver Brexit.

Waving his arms and yelling “come on, come on”, Johnson implored his opponents in a raucous House of Commons session to bring a vote of no-confidence in the government and trigger an election to finally break the Brexit impasse.