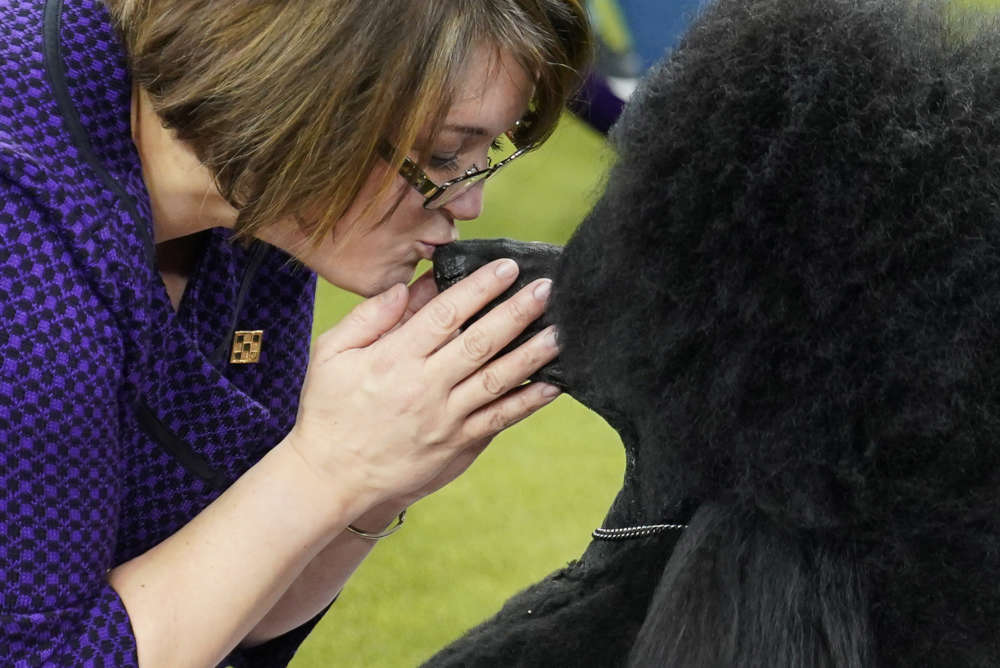 A standard poodle named Siba was crowned “Best in Show” at the annual Westminster Kennel Club Dog Show in New York on Tuesday, taking home the grand prize in the most prestigious competition for pure-bred canines in the United States.

Just shy of four years old, the graceful black female from Northampton, Pennsylvania triumphed over crowd favourites Daniel the golden retriever and Bono the Havanese at the grand finale of the three-day event at Madison Square Garden, her crown of tall black fluff bobbing as she loped around the ring.

“We think she’s beautiful and has that special something, so hopefully that’s what he saw,” Siba’s handler Chrystal Murray said, referring to the Best in Show judge, Robert Slay, in a post-show interview.

Before Siba embarks on a whirlwind tour of television appearances and celebrity photo shoots, as is customary for Westminster champions, Murray said she would get to enjoy plenty of her favourite treat: chicken.

Siba advanced to the final round as the champion of the non-sporting group, going head-to-head with the winners in six other groups – hounds, toy dogs, herding dogs, working dogs, sporting dogs and terriers.

Rounding out the roster of finalists in Tuesday’s best-in-show contest were Bourbon, a female whippet, who was awarded second place or “Reserve Best in Show”; Daniel, a male golden retriever; Bono, a male Havanese; Conrad, a male Shetland sheepdog; Wilma, a female boxer, and Vinny, a male wire fox terrier.

The wire fox terrier had an edge after the breed took home the top prize last year, but the golden retriever, a breed that has never won Best in Show, seemed to win the hearts of the audience on Tuesday.

Chants of “Daniel! Daniel!” echoed from the crowd of thousands, as Slay inspected the seven canines before making his choice.

It was the fifth time a standard poodle took home the alpha prize in the Westminster show’s 144-year history. It is the second-oldest sporting event in the country, after only the Kentucky Derby horse race.

This year’s competition drew a field of contenders consisting of more than 2,600 dogs representing 205 breeds from 20 countries, including the United States.

The prestigious dog show grew out of an 1870s gathering of sporting gentlemen who regularly chatted at a bar in the long-gone Westminster Hotel in lower Manhattan.

On its website, the Westminster Kennel Club says the men decided to put on a dog show named for the meeting spot, while trading stories about hunting and their dogs’ exploits.

By In Cyprus
Previous articleAngry with Trump, most New Hampshire Democratic primary voters will back party’s nominee ‘regardless’ –Edison Research
Next articleCyprus Finance Ministry has many open fronts