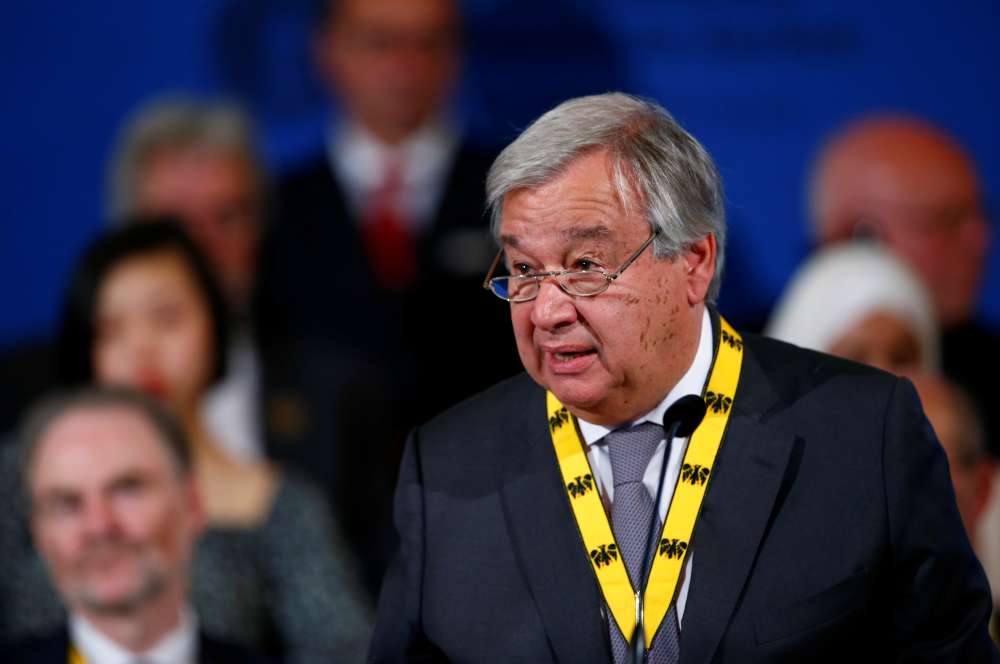 The world risks a descent into lawlessness and a new Cold War if multilateralism fails, U.N. Secretary-General Antonio Guterres said on Thursday, calling on the European Union to take a lead role in fighting to preserve a rules-based global order.

Speaking in the western German city of Aachen, where he was being awarded the annual Charlemagne Prize for promoting European unity, Guterres described the 28-nation bloc as a pillar of multilateralism that was “too big to fail”.

“If you want to avoid a new Cold War, if you want a real multilateral order, then we have to have a United States of Europe as a strong pillar of it,” he said after being presented the medal in Aachen city hall’s ornate Coronation Room.

The prize, first awarded in 1949, is named after the medieval monarch who in 800 was crowned emperor of a Europe-spanning polity that ruled much of modern-day France, Germany, the Low Countries and Central Europe from Aachen.

In its citation, the prize committee said Guterres, a former prime minister of Portugal, had been chosen for his advocacy of cooperation, tolerance, pluralism and multilateral cooperation.

Guterres said Europe and the global order, with the United Nations at its apex, risked being undermined by rising nationalism and xenophobia at precisely the time when it was needed more than ever to tackle challenges posed by issues such as climate change and migration.

“The bitter truth is that we have taken too many things for granted,” he said.

“Human rights has lost ground against the agenda of national sovereignty,” he added. “The failure of Europe would inevitably be the failure of multilateralism and the failure of a world in which the rule of law can prevail.”