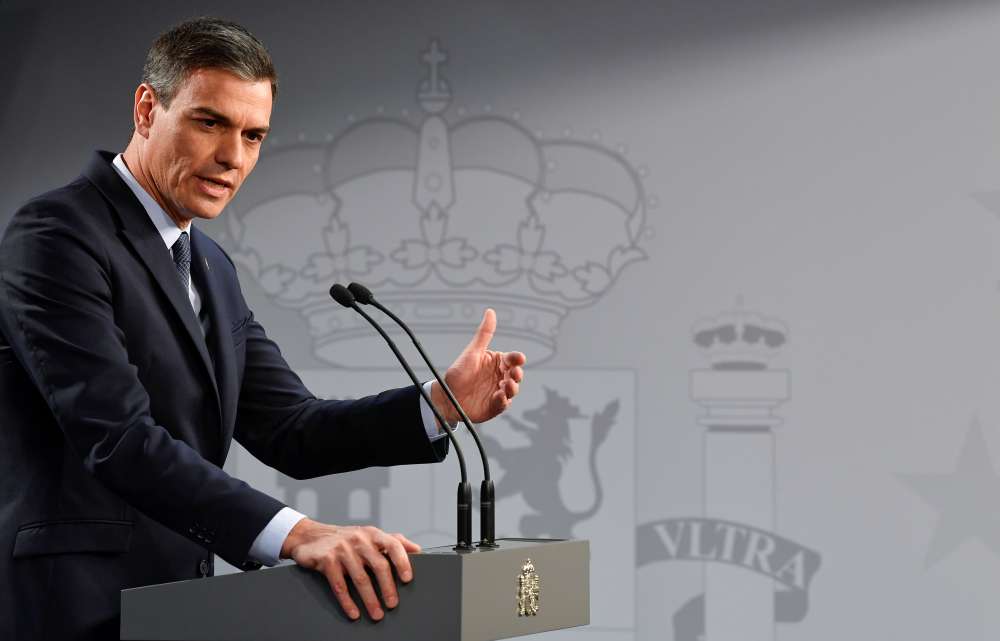 A majority is within reach for Spain’s left-wing parties in the April 28 election while right-wing parties look set to fall short, an official poll indicated on Tuesday.

Spain is gearing up for one of its most bitterly fought parliamentary elections in decades, and surveys have been suggesting for weeks that the result is too close to call.

March’s edition of the poll by the state-run Centre for Sociological Studies (CIS), the last before the election, found that the ruling Socialists (PSOE), together with the left-wing Podemos and its allies, could win up to 181 of parliament’s 350 seats in the best-case scenario.

However, CIS’s worst-case scenario gave the left-wing parties only 157 seats in total.

The election is expected to mark a watershed in Spain’s democratic history as a far-right party looks set to win seats for the first time in four decades.

The conservative People’s Party (PP) is set to win would win 66-76 seats and the centre-right Ciudadanos 42-51, CIS found.

This means that the poll does not see the three right-wing parties winning a majority of seats, even under the most optimistic scenario.

The poll also indicated that one in four voters had not yet decided who they would vote for.