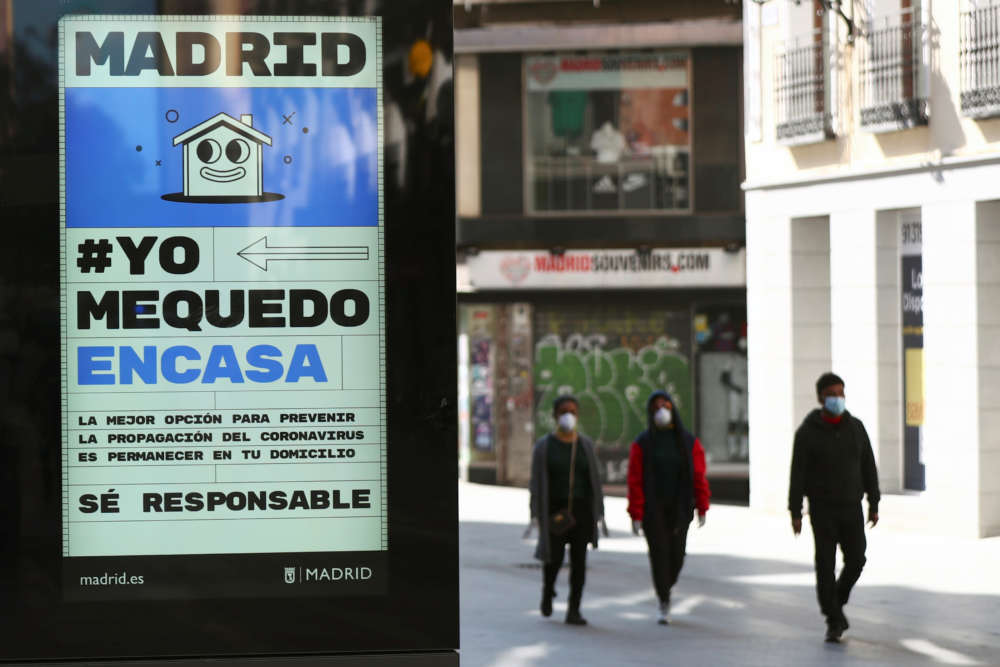 Spain released guidelines today (Saturday) allowing children to go outside after six weeks living under one of Europe’s strictest lockdowns.

Figures showed a daily coronavirus death toll of 378, up slightly on Friday’s 367, the lowest in the past month.

The total of fatalities rose to almost 23,000 and Spain’s Health Ministry said the overall number of coronavirus cases was almost 224,000.

Yet Spain sees enough evidence of the virus being under control to start easing its lockdown. Children were trying out their masks in anticipation of their first taste of fresh air since Prime Minister Pedro Sanchez declared a state of emergency on March 14.

The government said under 14s will from  tomorrow be allowed up to one hour of supervised outdoor activity per day between 9am and 9pm, staying within one kilometre of their home.

Adults can accompany up to three children, who will not be allowed to use play parks and must adhere to social distancing guidelines, remaining at least two metres from other people.

The government has not yet said when confinement measures will be eased for older children.

In Pineda de Mar, northeast Spain, volunteer seamstresses were hard at work making face masks for children ahead of the deconfinement measure.

As bars and restaurants eye a gradual reopening one company is devising safety measures to encourage wary clients to return.

Leganes-based LlenaTuBar, whose name translates as fill up your bar, is fitting dining tables with clear plastic screens to protect customers and installing thermal cameras to detect any patrons with a fever.

As the economic fallout from the virus continues to build, Prime Minister Pedro Sanchez reiterated calls for a pan-European response.