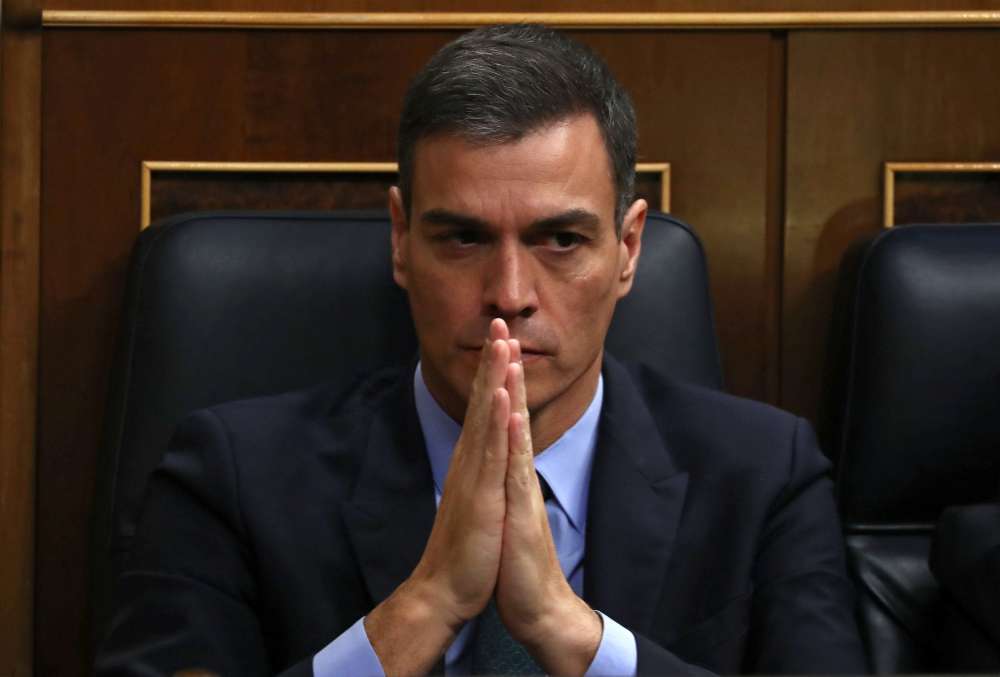 Spain’s parliament rejected a draft 2019 budget on Wednesday after Catalan separatists turned their back on the government, pushing the country close to an early national election amid an increasingly fragmented political landscape.

Sources in the government and the Socialist party of Prime Minister Pedro Sanchez told Reuters on Tuesday that he would call a snap election if the draft was rejected, with April 14 or April 28 the most likely dates.

An official in Sanchez’s office said that he would make his decision known after he chairs a weekly cabinet meeting on Friday.

The euro zone’s fourth-largest economy, Spain emerged in 2013 from a deep economic slump that slammed the country with crippling levels of unemployment. But it has been plagued since by growing political volatility, driven by deep divisions over Catalonia’s independence drive and by the emergence of several new parties.

Smiling but not saying a word, Sanchez left parliament straight after losing the budget vote, while opposition parties urged him to call elections immediately.

Conservative People’s Party leader Pablo Casado said the vote, which was 191 against to 158 in favour with one abstention, had been a de facto confidence vote against Sanchez.

“Today, it is clear that we’ve come to the end of the road, that this agony can’t go on any longer and that Spain needs a better government and it deserves it as soon as possible,” he told reporters.

Political sources said Sanchez wanted an election as soon as possible, to move away from the budget defeat and mobilise left-leaning voters following a large protest in Madrid on Sunday against Sanchez’s efforts to ease tensions with Catalan separatists.

That show of discontent was organised by three right-wing parties, including the far-right Vox that has jumped in opinion polls.

Opinion polls in recent weeks have shown that no single party would win enough votes in a general election to rule on its own. Socialists are ahead but have lost steam, while the conservatives, Ciudadanos and Vox could together have a majority.

Although the Socialists and Ciudadanos are very critical of each other, surveys show that theoretically they could govern together.

Sanchez took office in June after the previous conservative government of Prime Minister Mariano Rajoy – plagued by a corruption scandal – was ousted in a no-confidence vote. But the Socialist party holds less than a quarter of the seats in parliament and needs support from smaller regional parties, including the Catalans, to get legislation through.

Much of the finger-pointing among parties as to why the budget vote failed, as well as the first comments on the looming election campaign, focused around how to handle Catalonia’s simmering independence drive.

The deep divisions between pro-unity Spaniards and secessionists in Catalonia were highlighted on Tuesday with the start of a trial of 12 separatists charged with rebellion following an attempt in October 2017 to secede from Spain.

Anger in much of the rest of Spain with Catalan separatism already played a huge role in the Socialists’ defeat in regional elections in December in Andalusia to a right-wing coalition backed by the far-right.

“Above all, it’s urgent and necessary that we end the blackmail from the secessionists and the economic deceleration produced by the Pedro Sanchez government,” the People’s Party’s Casado said.

Socialist officials countered that rejection of the budget showed they were not making concessions to Catalan separatists.

The Catalan parties, unhappy with the government’s refusal to consider or discuss – amongst other issues – an independence referendum, voted against the budget, as did the centre-right and the conservatives.

The rejection means that last year’s budget will for now be rolled over. Budget Minister Maria Jesus Montero said this means the deficit could rise to between 2.2 percent and 2.4 percent instead of the of 1.3 percent targeted by the Socialists.

The Spanish bond market held firm after parliament voted to reject its 2019 budget.