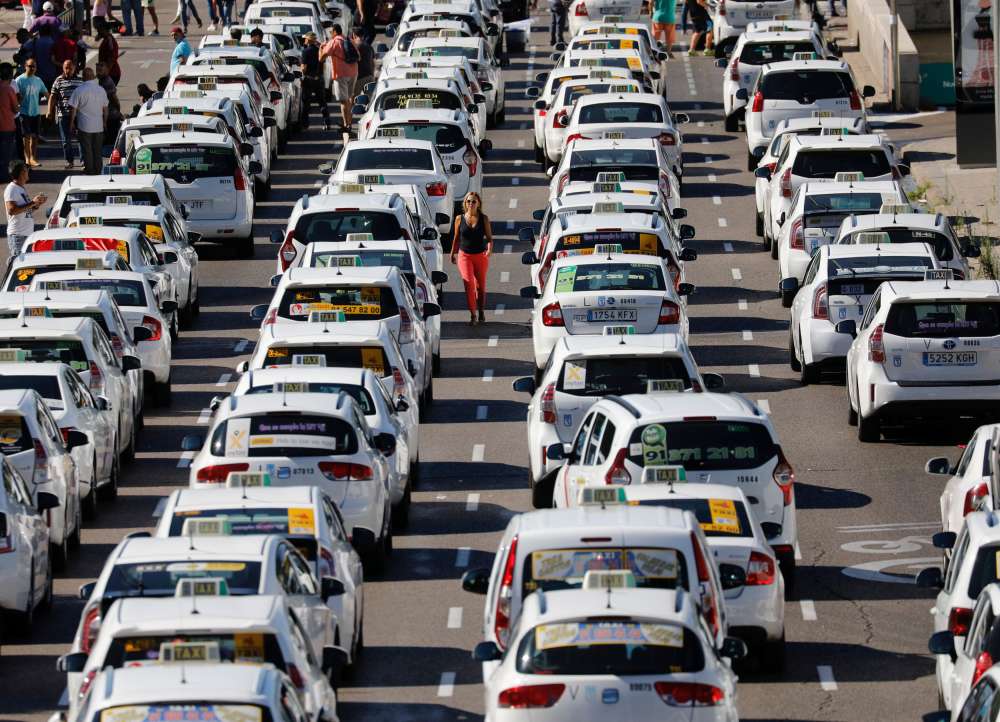 Spanish taxi drivers ended a six-day national strike late on Wednesday after the government agreed to limit licences granted to online ride-hailing services such as Uber.

For almost a week, thousands of taxi drivers across the country blocked major city streets with their cabs in protest against the services they claimed worked under less restrictive regulation that made it impossible to compete.

The government agreed to pass new regulations in September which will guarantee a cap on licences for the services at a ratio of just one permit for every 30 taxi permits.

The enforced legislation will prompt the lay-off of thousands of Uber and Cabify drivers as there are currently 9,000 permits granted to the online services compared to 70,000 taxi permits.

The services have become increasingly popular in Spain in recent years, boosted by special deals that undercut taxi prices on trips to airports and other travel hubs.

Backed by funds such as Goldman Sachs and BlackRock and valued at more than $70 billion, Uber has faced protests, bans and restrictions around the world as it challenges traditional taxi operators.