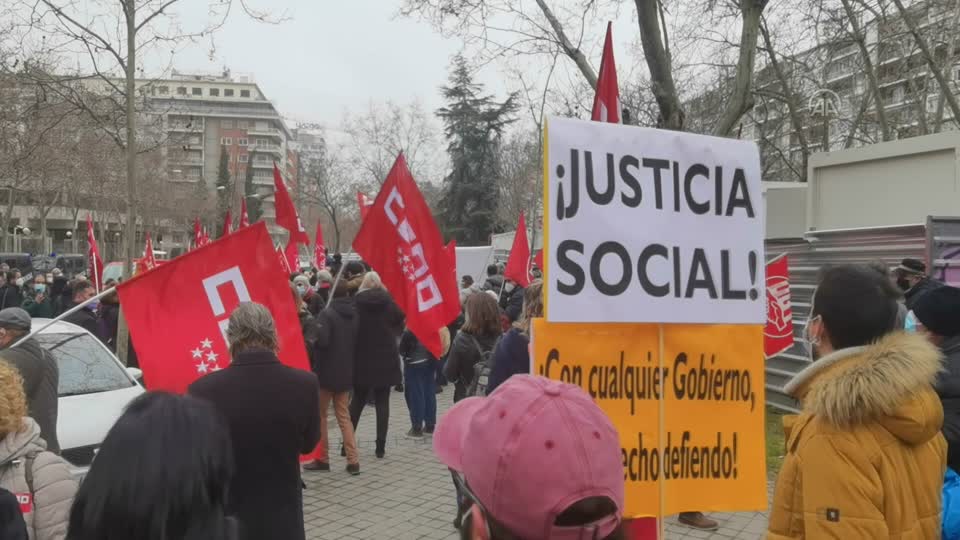 Thousands of Spanish workers have staged a mass protest in capital Madrid on Thursday, Feb. 11, seeking an increase in their wages.

Upon the calls of the country’s two major trade unions, The Workers’ Commissions (CCOO) and the General Union of Workers (UGT), protestors demanded the expansion of pension and workers’ rights with an increase in the minimum wage.

Union representatives, who gathered under COVID-19 measures following the rules of social distancing and wearing a mask instead of marching on streets, called on the government to “sit at the negotiation table” to actualize their demands.

Speaking to a small group in front of the Ministry of Economy building, the union leaders stated that they have run out of patience and that they would stage more protests if the government does not find a fair solution soon.

CCOO and UGT are demanding decent wages for the workers to cope with the pandemic conditions.

In Spain the unemployment rate has increased to 16.4 percent due to COVID-19, currently, about 755,000 workers benefit from short-time work allowance.

By gavriella
Previous articleCyprus Medical Association: AstraZeneca vaccine only to people under 65
Next articleSiberian blast freezes Britain to coldest since 1995: Minus 23 Celsius