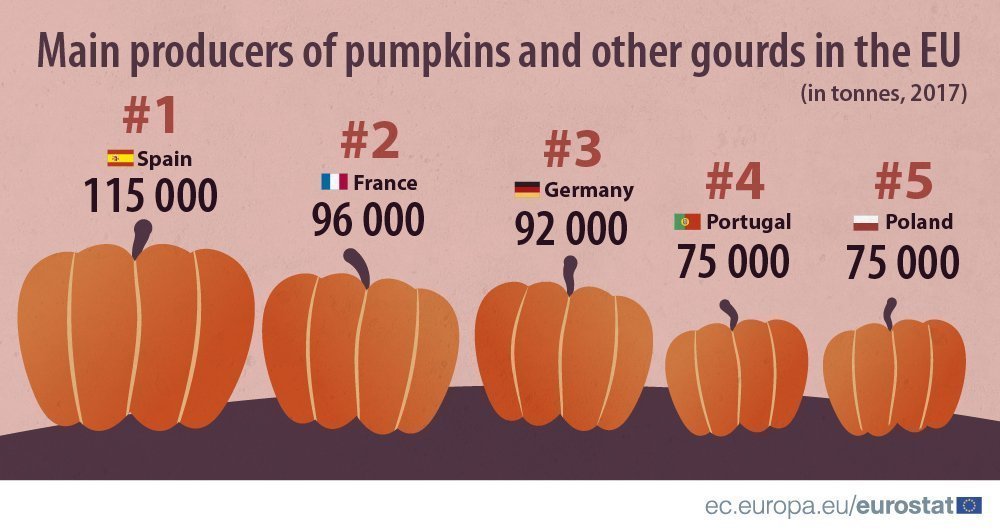 Pumpkins are particularly popular at this time of the year, whether it is for cooking tasty meals or carving out faces to make spooky lanterns, Eurostat said in a release coinciding with Halloween.

In 2017 about 24 000 hectares across the European Union (EU) were devoted to cultivating them and other types of gourd.