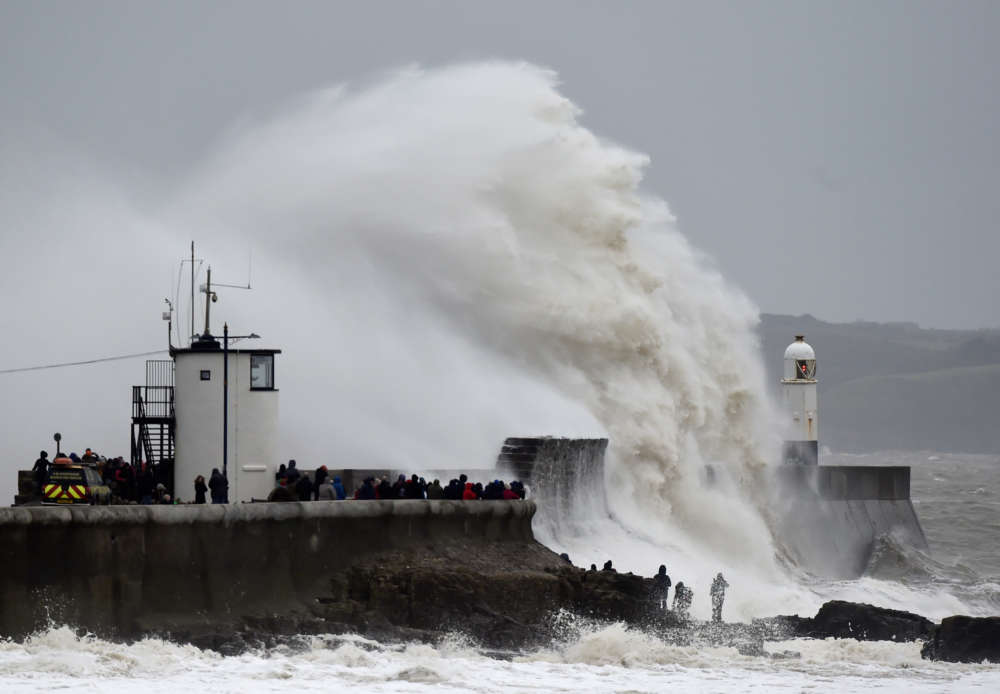 Residents had to be rescued after water poured into their homes in south Wales and the Welsh borders on Sunday as Storm Dennis caused a second day of disruption, with the Environment Agency saying it had issued a record number of flood warnings.

Major incidents were declared by emergency services in south Wales and parts of England as police and firefighters worked to rescue people trapped after rivers burst their banks.

Warnings of severe flooding, which posed a danger to life, were in place in four locations for the River Teme on the Welsh borders and for the River Taff and River Neath in south Wales, English and Welsh environment agencies said.

Another 240 flood warnings were in place across England, 70 in Wales and 20 in Scotland on Sunday afternoon.

“Agencies are continuing to deal with multiple floods and landslides, and have been required to evacuate residents from houses,” South Wales Police said in a statement.

“Some communities have been cut-off as a result, but emergency service workers are working tirelessly to put measures in place to ensure the safety of residents.

“Many rescues have been carried out over the past few hours along with the evacuation of houses.”

By In Cyprus
Previous article
Report on alleged police negligence to be delivered on Thursday
Next article
Attacks in Syria’s Idlib must stop, Turkey tells Russia