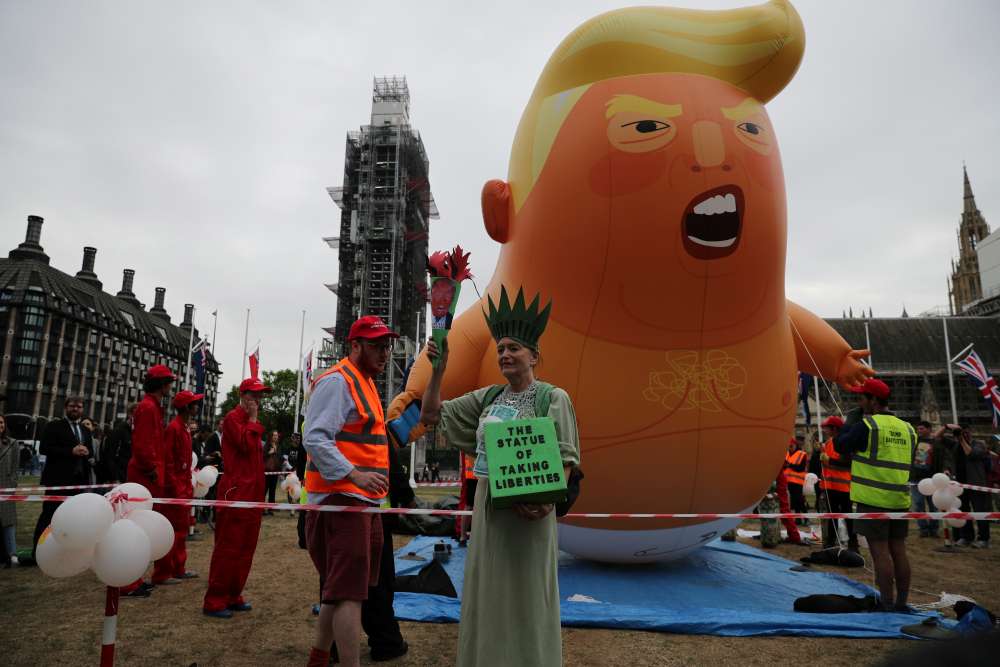 Protesters against Donald Trump flew a giant inflatable blimp depicting the U.S. president as a pouting baby in a diaper outside the British parliament in London on the second day of his official visit to the country.

Leo Murray, the co-creator of the blimp, said: “We’re trying to remind the president how unwelcome he is in this country.”

“We’re also, in a light-hearted way, trying to articulate the strength of feeling against Donald Trump and his politics of hate.”