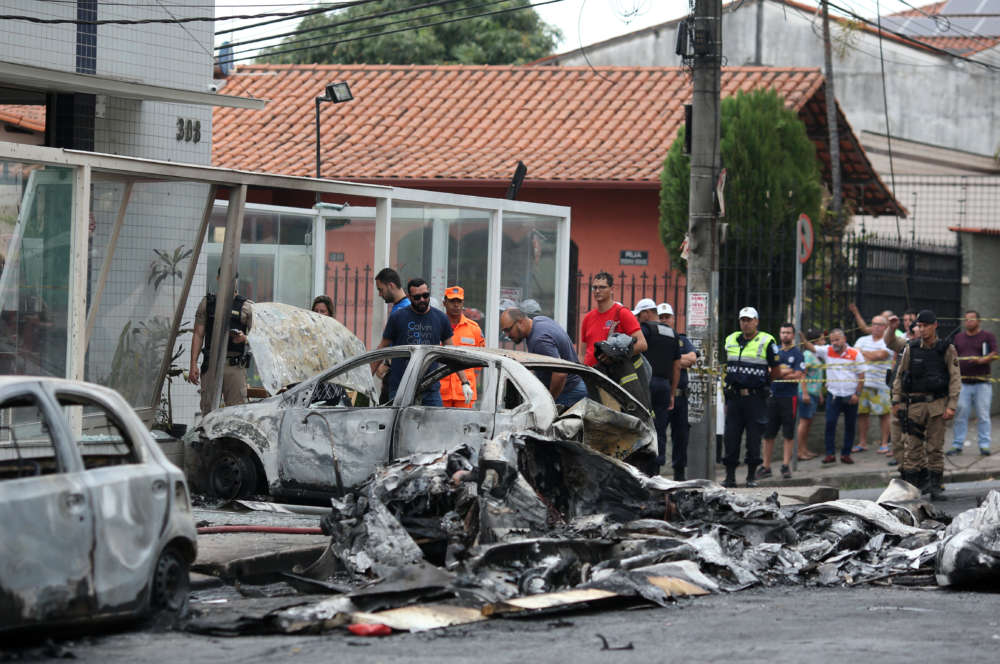 A small plane crashed on a street shortly after take-off in the Brazilian city of Belo Horizonte on Monday, killing at least three people, a fire-fighter on the scene told Reuters.

The single-engine airplane hit three cars which caught fire in a residential area of the city, which is the capital of Minas Gerais state, local media reported.

Leandro Gomes, a Minas Gerais firefighter, told Reuters the accident happened soon after take-off from the Carlos Prates airport. It is the second plane crash in that street this year, Gomes added.

Gomes said one of the fatalities was on the street and another was in one of the vehicles hit by the small airplane. The third person died inside the aircraft, Gomes said. Another three victims with burns were taken to hospital.

The Cirrus Aircraft airplane was manufactured in 2007 and has capacity to carry three people, according to the G1 news website.