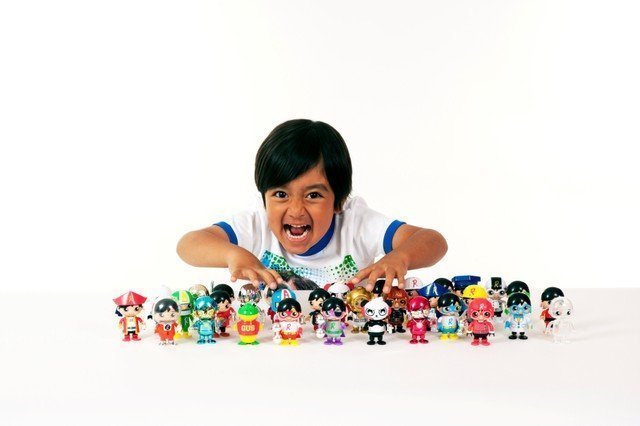 A 6-year-old boy whose toy reviews have drawn billions of views on YouTube will debut his own line of slime, stuffed animals and other merchandise at Walmart Inc next month, the retailer said on Monday.

The star of the YouTube channel Ryan ToysReview, known simply as Ryan, helped select the toys and apparel that will be sold under the name Ryan’s World, according to children’s media company pocket.watch, which negotiated the deal with Walmart.

The Ryan’s World merchandise will be sold exclusively at more than 2,500 Walmart stores in the United States and on the Walmart.com website starting Aug. 6. The products will expand to other retailers in October.

Ryan’s six YouTube channels have enthralled children, often drawing more than 1 billion views a month to videos of him playing with toys and reacting to them. His family has kept his last name secret given his young age.

Pocket.watch has negotiated licensing deals for a handful of online video stars to expand their reach through toys, apparel and home products. The Ryan’s World merchandise, designed for ages 3 and up, is the first to come to market.

The products include T-shirts with four designs featuring some of Ryan’s favorite things, including pizza.