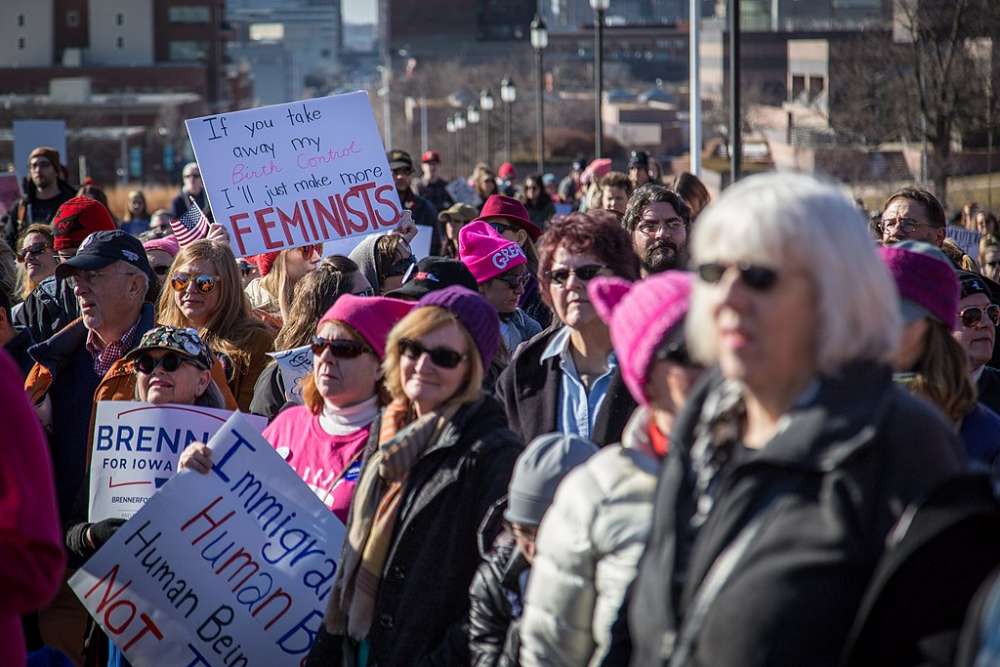 U.S. states are jostling for a showdown on abortion rights in 2019, with all eyes on the newly conservative highest court in a nation where passions run high on the issue among religious groups, conservatives and women’s rights advocates.

A number of states are seeking to prosecute doctors, recognize a fetus as a person and lengthen waiting periods for abortions, while others are eyeing ways to protect abortion access for women if the U.S. Supreme Court does not.

At the heart of the controversy is the high court’s Roe v Wade decision, which legalized abortion nationwide 45 years ago.

Overturning the landmark ruling – the goal of many religious groups – could place decision-making powers on abortion in the 50 states.

So far the 1973 decision has survived a handful of major legal challenges before the Supreme Court, but the 2018 appointment of Justice Brett Kavanaugh, selected by President Donald Trump, has locked in a newly conservative majority.

“I think 2019 could be pivotal for abortion rights,” Elizabeth Nash, senior state issues manager at the Guttmacher Institute, an abortion research group.

“With the shift at the Supreme Court, state legislators of all stripes are looking to the Court either with anticipation that abortion rights will be rolled back or with trepidation for the same reason,” Nash told the Thomson Reuters Foundation.

To test Roe v Wade, the Supreme Court can decide to hear a case that has been challenged in lower courts – most likely if one court upholds an abortion law but another court elsewhere knocks down a similar law, setting up a showdown, experts say.

This comes at a time when abortion rights are under scrutiny in other countries around the globe.

Voters in Ireland in 2018 decided in a landslide vote to end its strict abortion ban, while the conservative government in Poland pushed to tighten its already restrictive abortion laws.

Among the conservative U.S. states considering restricting abortion laws in 2019, Texas will look at a measure to revoke medical licenses of physicians who perform abortions.

The southern state of Alabama just voted to support giving fetus the same rights as a person, and in the Midwest, Missouri will weigh a law to ban abortion if a heartbeat is detected.

“There are a number of states that I would say are competing for the race to the bottom,” said Andrea Miller, head of the National Institute for Reproductive Health, an abortion rights group.

“And of course they have an ally in the White House who has not only been shifting the balance on the Supreme Court but has been packing the lower federal courts.”

In recent weeks, one federal judge in the American South remarked on the states’ strategy in a ruling that knocked down a restrictive abortion law in Mississippi.

“The real reason we are here is simple. The state chose to pass a law it knew was unconstitutional to endorse a decades- long campaign, fueled by national interest groups, to ask the Supreme Court to overturn Roe v. Wade,” Judge Carlton Reeves wrote in the ruling,

He added that the effort was the “disingenuous calculations of the Mississippi Legislature.”

Clarke Forsythe, senior counsel at Americans United for Life, an anti-abortion group, said he believes the abortion issue should have always been left up to individual states.

“When Roe v Wade is overturned – and I am confident it will be and the issue is returned to the states – the states hopefully will pass complete limits on abortion except to save the life of the mother,” he said.

With more conservative judges throughout the country, restrictions on abortion could be upheld even if Roe v Wade were left untouched, said Julie Rikelman, litigation director at the Center for Reproductive Rights advocacy group.

Aware of this, some liberal states are moving to ensure abortions are available, regardless of the fate of Roe v Wade.

Massachusetts recently repealed a law dating back to the 1800s that banned abortion and New Mexico is eyeing a similar move in 2019. Both bans were unenforceable under Roe v Wade.

“I see this as being one of the most fragile moments since Roe that we’ve ever had in this country,” said Miller. “But I also see at the same time more public support and more vocal and engaged support on this issue than at any other time since.”

By In Cyprus
Previous articleGeneral Government posts surplus of 3,8% in first eleven months
Next articleWaterspout in Kyrenia caught on camera (videos)