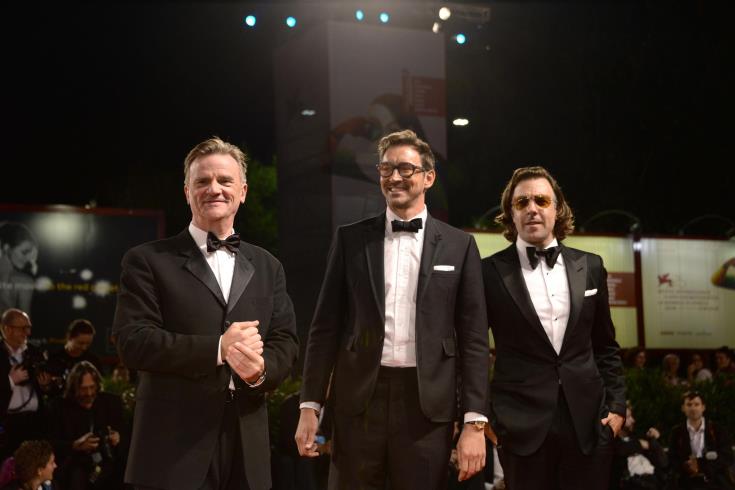 “Roma”, named after the neighbourhood in Mexico City where writer-director-cinematographer Cuaron grew up, is a Spanish-language drama that critics almost unanimously described as “shimmering” due to its luscious black-and-white cinematography.

At a festival where only one of the 21 films selected to compete for the Golden Lion was directed by a woman, “Roma” was one of several that focused almost exclusively on female characters, in this case Cuaron’s mother and the two maids who helped bring him up.

Hollywood Reporter’s Todd McCarthy called it “an immersive bath in some of the most luxuriantly beautiful black-and-white images you’ve ever seen” and a huge change from the Sandra Bullock adventure “Gravity” which won Cuaron his Oscar in 2014.

“Roma may not be the memoir film many might have expected from such an adventurous, sometimes raunchy, sci-fi/fantasy-oriented filmmaker, but it’s absolutely fresh, confident, surprising and rapturously beautiful.”

The win is important for Netflix as it seeks to position itself as a major force in film, after it boycotted the Cannes festival in May due to French rules that ban simultaneous streaming of films shown in cinemas.

Another one of its movies, “The Ballad of Buster Scruggs”, a comedy-western written and directed by the Coen brothers, won best screenplay.

“The Favourite”, which, like “Roma”, has a strong female focus, won the runner-up Grand Jury Prize, and its star, Olivia Colman, received the Volpi Cup for best actress for her uproarious portrayal of England’s Queen Anne.

Willem Dafoe won the award for best actor for his portrayal of Vincent Van Gogh in the biopic “At Eternity’s Gate”.

Jennifer Kent, the only female director in the main competition, won the Special Jury Prize for “The Nightingale” a revenge thriller set in 1825 in Australia whose male lead Baykali Ganambarr won for best up-and-coming actor/actress.

Dedicating the award to the indigenous people of Tasmania, whose brutal treatment by the British is explicitly played out in the film, Kent said in her acceptance speech: “The feminine force is the most powerful and healing force on the planet so I hope and I’m confident that next year, and the year after, and the year after, we’ll see more and more women inhabiting this space.”