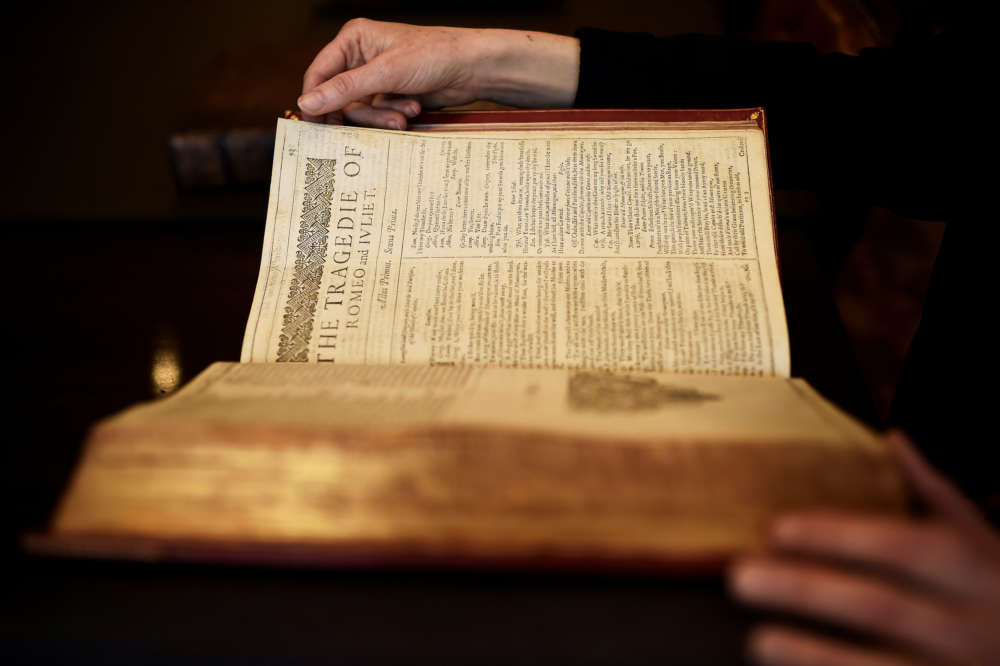 A rare 1623 book that brought together William Shakespeare’s works for the first time will go up for auction in April, Christie’s auction house announced on Friday.

The book, called “Comedies, Histories and Tragedies,” is expected to sell for between $4 million and $6 million, the auctioneer said. Widely known as the First Folio, it is one of only six known complete copies in private hands.

The First Folio contains Shakespeare’s 36 plays, including several that had never been published before and might have been lost without it, such as “Macbeth,” “The Tempest,” and “As You Like It.” It was compiled by friends of the writer after his death.

The copy coming up for sale will be displayed on tour, starting next week in London, before heading to New York, Hong Kong and Beijing. It will be returned to New York for auction on April 24.

The book is being sold by Mills College, a private liberal arts college in Oakland, California.

The record auction price of a First Folio is nearly $6.2 million, paid in 2001, Christie’s said.

By Annie Charalambous
Previous article
Road network back to normal but some roads to Troodos still not open
Next article
Iran says military shot down plane in error, after denial drew scrutiny abroad