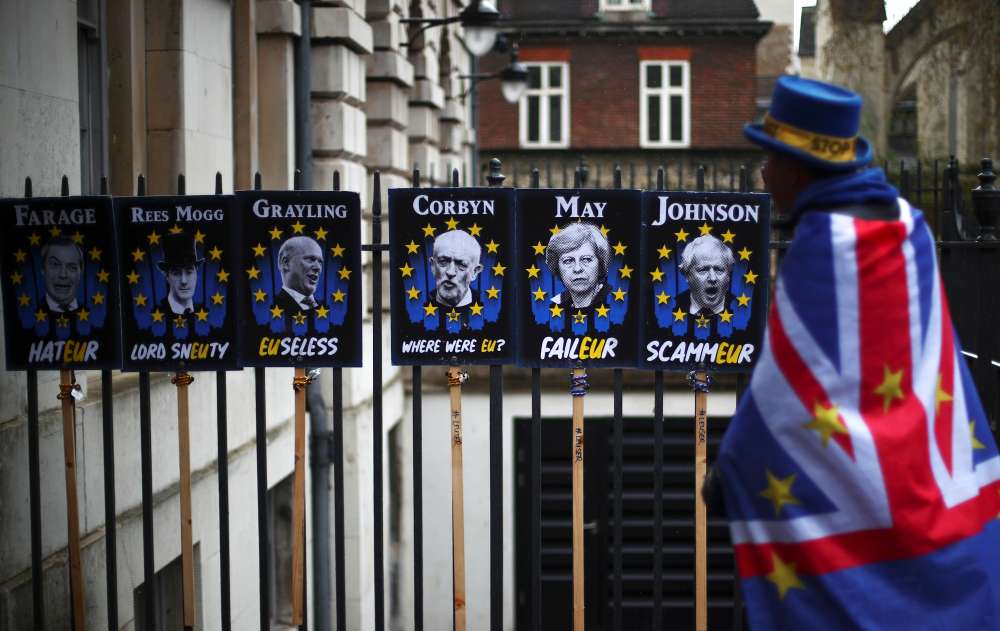 Prime Minister Theresa May was meeting opposition Labour leader Jeremy Corbyn on Wednesday to seek a joint approach to Britain’s departure from the European Union, a last-ditch bid – which has enraged much of her own Conservative Party – to secure an orderly exit.

Following is a summary of what is likely to over the next seven days:

May was meeting Corbyn in the afternoon to discuss whether they can find agreement on their aims for the future relationship with the EU. Labour broadly accepts the legally binding divorce deal, the Withdrawal Agreement, but has nevertheless helped parliament to reject it three times.

Corbyn had said he would put forward Labour’s alternative Brexit plan, which envisages a close economic relationship with the EU including a comprehensive customs union and close alignment with the single market, at the talks with May.

In a letter to May in February, Corbyn set out five demands that Labour wanted to be enshrined in law in the so-called Political Declaration, which deals with the future relationship.

If the talks with Corbyn fail, May has said her government will put forward a range of options for parliament to vote on.

A group of lawmakers are trying to rush legislation through parliament to force May to seek a delay to Britain’s departure.

Under the proposed schedule, potentially including voting at various stages, the bill’s passage would be complete by 2100 GMT.

Parliament will question Brexit ministers. Andrea Leadsom, the leader of the House of Commons or lower house, will set out the government’s business for the week, which may suggest when, or whether, the government is planning to put forward another vote on the Brexit deal.

The government has signalled that it must get approval from parliament for its next steps in order to present the plan to the EU before a meeting of the bloc’s leaders on Wednesday.

This could mean that the government must hold a new vote on its plans before the end of this week. What will be put before parliament depends on the outcome of the talks with Corbyn and whether the government has to revert to ‘Plan B’ and put a series of Brexit options before lawmakers instead.

Some of the lawmakers who are trying to force the government to ask for an extension to the two-year Article 50 negotiating period also want to hold a third round of so-called indicative votes on Monday on Brexit options proposed by members of parliament.

The last preparatory meeting for the EU summit.

EU leaders meet in Brussels. At a summit last month, they said that, to secure a delay to Brexit beyond April 12, May must either get the Withdrawal Agreement passed by March 29 or present a new plan.

By In Cyprus
Previous article
Four injured in Paphos road accident
Next article
Church received €8.2 million VAT refund from the state in 2018