Golden Dawn leadership sentenced to 13 years each; life for Roupakias–UPDATED 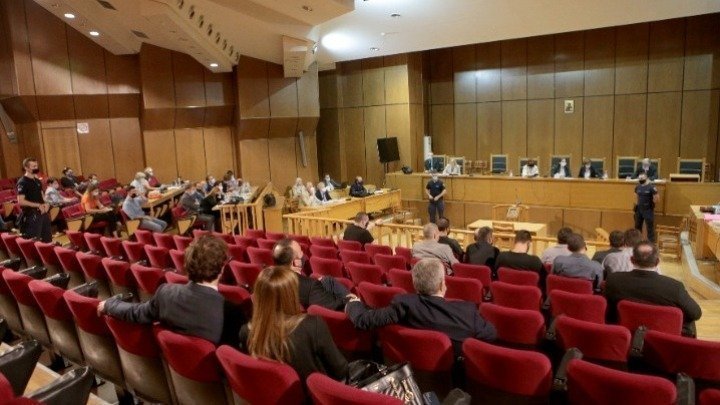 The Athens criminal appeals court on Wednesday handed down a sentence of 13 years imprisonment for Golden Dawn leader Nikos Michaloliakos and the other six leadership members of the party, who are accused of forming and running Golden Dawn as a criminal organisation in the guise of a political party. The process is still ongoing but the court has announced a life sentence for the killer of Pavlos Fyssas, Giorgos Roupakias, and an additional 10 years for his membership of Golden Dawn, which has been ruled a criminal organisation.

Shorter prison sentences were imposed on other members of the party accused only for their membership of a criminal organisation.

By gavriella
Previous article
Health Ministry: Use of mask in all enclosed indoor spaces
Next article
University of Technology: Online classes for two weeks