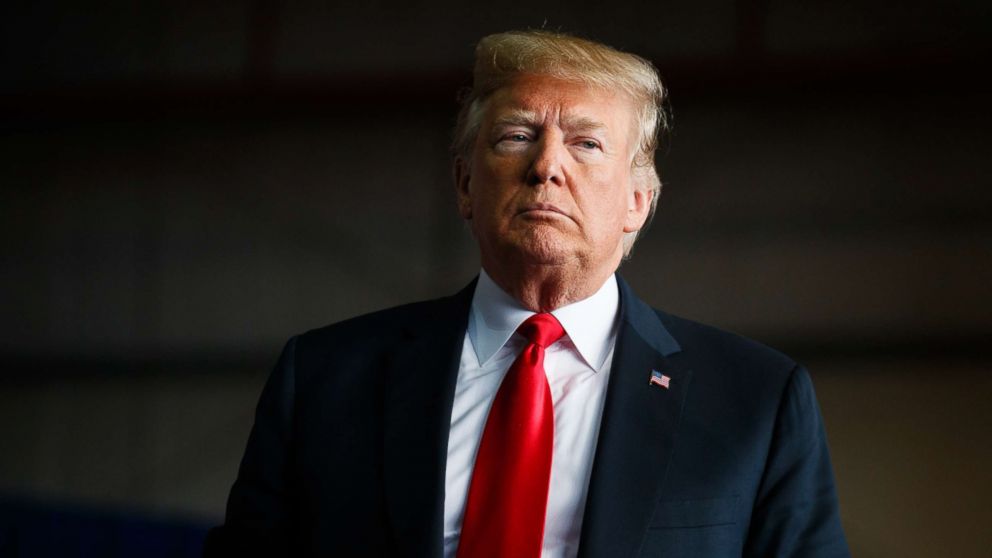 U.S. senators made a new try at ending a partial month-long government shutdown through a temporary funding bill on Thursday, but President Donald Trump demanded a “down payment” for a border wall that Democrats reject.

After the Republican-led Senate failed to advance two measures to reopen shuttered agencies, Democratic and Republican lawmakers spoke on the Senate floor and urged quick passage of a three-week, stopgap funding bill to create time for talks on border security.

White House spokeswoman Sarah Sanders said such a measure would only work “if there is a large down payment on the wall.”

But a spokesman for Senate Democratic leader Chuck Schumer said Senate Democrats had made clear to Republicans that “they will not support funding for the wall.”

Trump, who sparked the shutdown, now in its 34th day, with his demand for $5.7 billion in funding for the U.S.-Mexico border wall, told reporters after the votes in the Senate: “We have no choice but to have a wall or a barrier, and if we don’t have that, it’s just not going to work,” referring to border security.

Trump said that if Schumer and Republican Senate Majority Leader Mitch McConnell come to a “reasonable” agreement to end the partial government shutdown, “I would support it, yes.”

McConnell said late on Thursday that talks were ongoing. “At least we’re talking. I think that’s better than it was before,” he said.

Democratic House of Representatives Speaker Nancy Pelosi said Trump’s demand for a large down payment on a border wall “is not a reasonable agreement.”

The shutdown has left 800,000 federal workers without pay and struggling to make ends meet, as the effects on government services and the economy reverberate nationwide.

Republican Senator Lindsey Graham said he had spoken to Trump about a short-term funding bill.

“All of us believe if we have three weeks with the government open that we could find a way forward to produce a bill that he would sign, that would be good for everybody in the country,” Graham said on the Senate floor. “To my Democratic friends, money for a barrier is required to get this deal done.”

Earlier, a bill backed by Trump to end the shutdown by funding the wall and a separate bill supported by Democrats to reopen shuttered agencies without such funding did not get the votes required to advance in the 100-member chamber.

Trump has touted Republican unity during the longest shutdown in U.S. history, but in a sign of cracks in that resolve, or just a desire for compromise, six Republican senators voted with Democrats on their measure to reopen government agencies temporarily without money for a wall.

“Democrats have said they’re not willing to negotiate unless the government’s open. Well they tried their effort. I voted for it. It didn’t happen. Now they’ve got to negotiate,” Romney said.

Pelosi told reporters earlier she was willing to meet with Trump to discuss the shutdown.

Her comments came one day after she essentially withdrew an invitation for Trump to give his State of the Union in the House chamber next Tuesday, saying that would not happen until the shutdown ended. Trump, who had planned to come despite the shutdown and considered giving the speech at another venue, conceded late on Wednesday and said he would deliver the speech in the House in the “near future.”

U.S. Commerce Secretary Wilbur Ross on Thursday urged furloughed federal workers to seek loans to pay their bills while adding in a CNBC interview that he could not understand why they were having trouble getting by.

“Is this the ‘Let them eat cake’ kind of attitude or ‘Call your father for money?’ or ‘This is character building for you?'” Pelosi asked at a news conference.

She said she did not understand why Ross would make the comment “as hundreds of thousands of men and women are about to miss a second paycheck tomorrow.”

“Nancy just said she ‘just doesn’t understand why?’ Very simply, without a Wall it all doesn’t work. Our Country has a chance to greatly reduce Crime, Human Trafficking, Gangs and Drugs. Should have been done for decades. We will not Cave!” he said in a tweet.

A Reuters/Ipsos poll last week found more than half of Americans blamed Trump for the shutdown even as he has sought to shift blame to Democrats after saying last month he would be “proud” to close the government for border security.