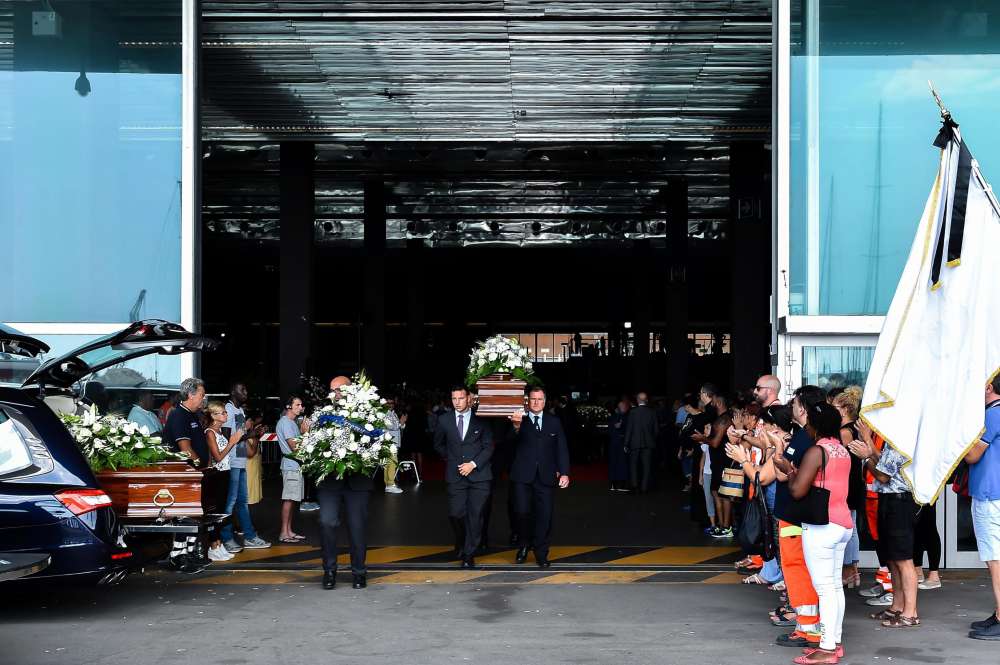 The search operation for those missing after a motorway bridge collapsed in the Italian port city of Genoa ended overnight after the last three bodies were found, bringing the official death toll to 43.

A 200-metre section of the Morandi bridge gave way in busy traffic on Tuesday, plunging vehicles and chunks of concrete and twisted metal to the ground 50 metres (165 feet) below.

After three bodies were recovered from a car crushed under slabs of concrete, the Genoa prefecture raised its official death toll. Nine people are still in hospital, four in a critical condition, it said.

While all those listed as missing had now been accounted for, a fire brigade official Stefano Zanut told Sky TG24: “Our work continues in order to have the full certainty that nobody has been left under the rubble.”

He said workers were also making the site secure and helping investigations to establish the cause of the disaster.

The viaduct was part of the A10 motorway linking the port city with the French border to the west and was managed by toll-road operator Autostrade per l’Italia, a unit of infrastructure group Atlantia.

Autostrade pledged half a billion euros on Saturday to rebuild the bridge and set up funds to immediately assist the families of the victims and those displaced from their homes by the collapse and reconstruction work.

On Friday, the government formally launched a procedure to revoke concessions held by Autostrade to operate toll highways.

By In Cyprus
Previous article
Second arrest for use of stolen passports
Next article
May could face trouble over Brexit deal, Conservative MP warns