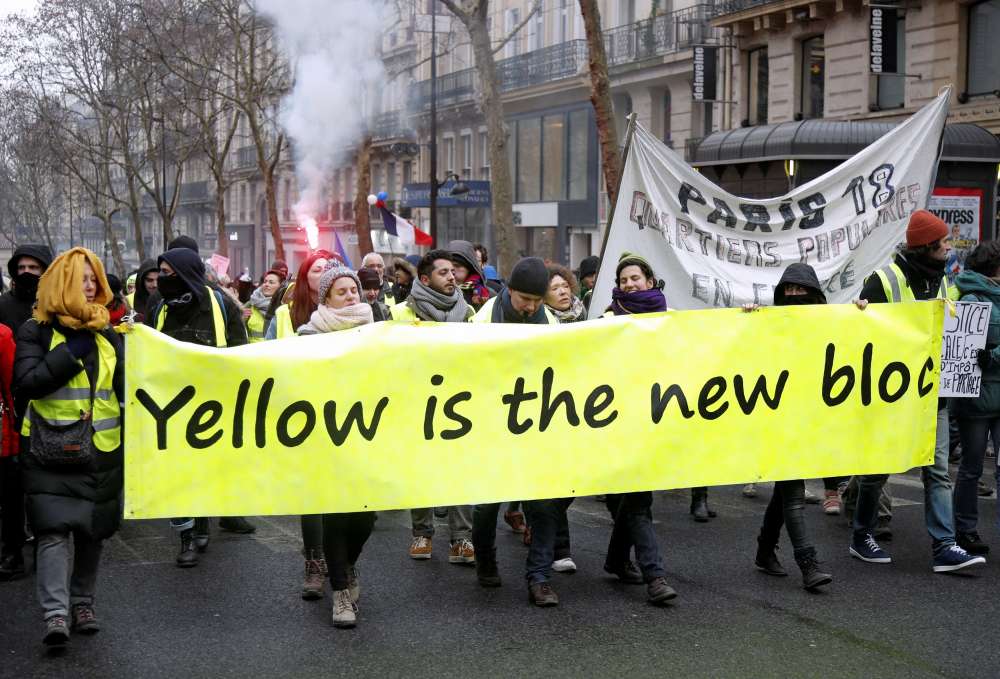 Scuffles broke out on Saturday as around 7,000 “yellow vest” demonstrators marched through Paris in a 10th consecutive weekend of protests against President Emmanuel Macron’s government.

The demonstrations were largely peaceful but Reuters Television reporters said they saw clashes break out late in the afternoon between police and demonstrators, some wearing masks, in Paris’ Invalides district.

Protesters threw firecrackers, bottles and stones at the police who responded with water canon and tear gas to push them back.

Officials said there were around 7,000 demonstrators in Paris and 27,000 across France.

A Reuters reporter also said there had been clashes in the southern port city of Marseille, while similar demonstrations took place in other cities across France.

“Macron, resign!” some of the protesters shouted.

Some also carried mock coffins symbolising the 10 people who have died during the protests, mainly due to accidents when demonstrators blocked roads.

The “yellow vest” protests – which make use of fluorescent jackets French motorists are required to carry in their cars – began in November over higher fuel taxes.

Those fuel taxes were subsequently scrapped, yet the movement has morphed into a broader anti-Macron protest.

December’s demonstrations wreaked some of the worst violence seen in decades in Paris, as rioters burned cars and damaged shops and businesses.

Protests this month have not witnessed the same level of trouble, although video of a former French boxing champion punching and kicking police in Paris shocked many.

Macron has launched a series of national debates to help quell public discontent and restore his standing.