Scotland should have its own Brexit backstop, Sturgeon says 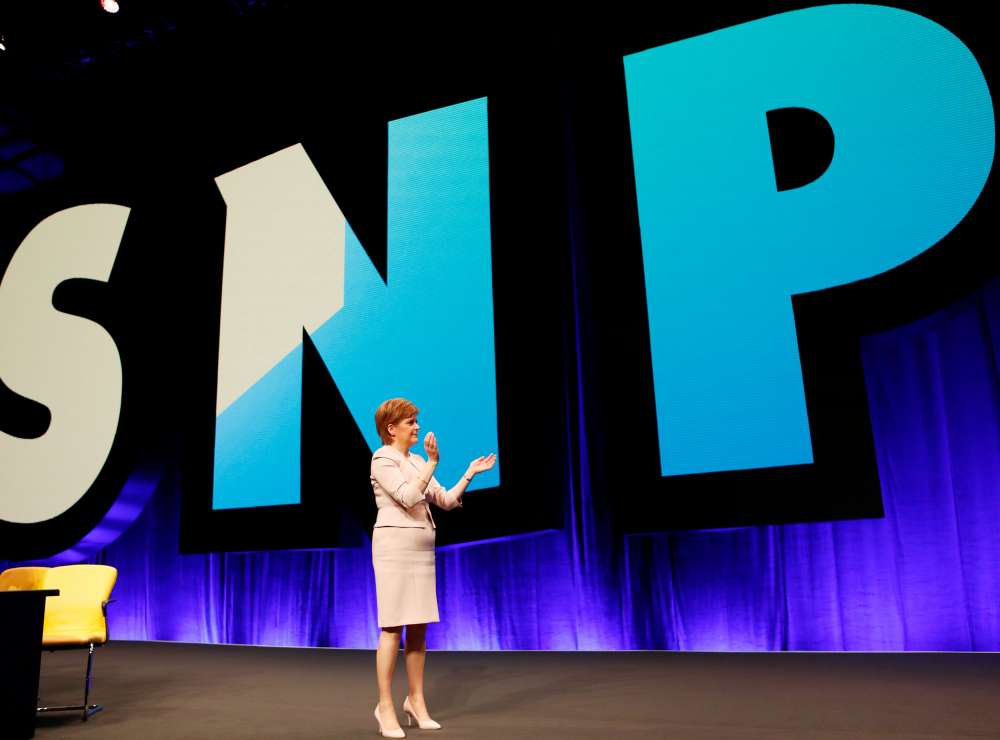 Scotland should have its own version of the Brexit “backstop” plan that the European Union and United Kingdom are trying to agree for the border with Ireland, Scottish leader Nicola Sturgeon said on Monday.

The so called “backstop”, which seeks to find a way to avoid checks on the border between Northern Ireland and Ireland if there is no overall exit deal, has become the biggest sticking point in Brexit negotiations.

Under the disputed “Irish backstop” protocol of the largely completed draft withdrawal treaty, if Britain and the EU have failed to agree an open-borders EU-UK trade deal by the end of a transition period in 2020, Northern Ireland – but not mainland Britain – would remain de facto inside the EU economic space.

Sturgeon said such an arrangement would put Scotland at a disadvantage to Northern Ireland. Asked if a version of the Irish backstop should apply to Scotland, she told Sky News: “That would be my position.

“If we are looking down the road to a situation where Belfast is still in the single market, and Glasgow is not, then any responsible first minister of Scotland is going to say ‘that’s a big worry for us’.”