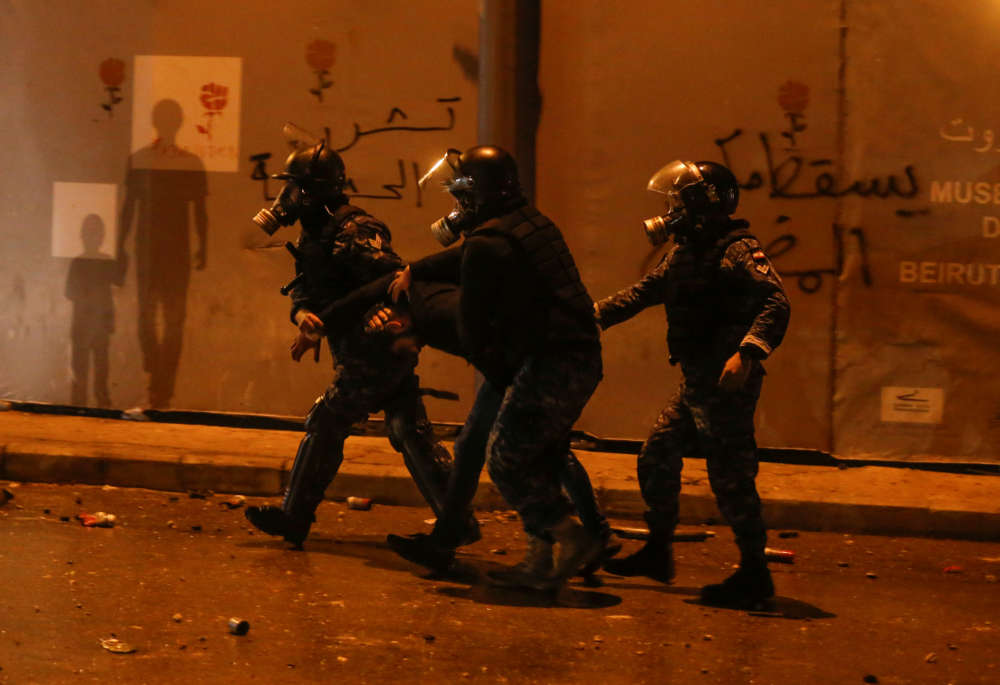 Cat-and-mouse clashes between Lebanon’s security forces and protesters wounded scores of people on a night of violence that rocked central Beirut on Saturday.

Crowds spilled on to the streets this week after a lull in largely peaceful protests which broke out in October. They are furious at a ruling elite that has steered the country towards its worst economic crisis in decades.

Police beatings and arrests in recent days have alarmed human rights groups and sparked fears among activists of a move to crush the dissent.

The Lebanese Red Cross said more than 100 people had been treated for injuries, with at least 65 others taken to hospital on both sides.

A security source said at least 15 protesters had been detained.

Saad al-Hariri, who resigned as premier in October, said the violence threatened civil peace. “It is an insane, suspicious and rejected scene,” he tweeted.

After the unrest pushed Hariri to quit, feuding politicians have failed to agree on a new cabinet or rescue plan. The Lebanese pound has lost nearly half its value, dollar shortages have driven up prices and confidence in the banks has collapsed.

The Internal Security Forces (ISF) said they were being “violently and directly” confronted on Saturday night. “Those who are rioting will be pursued, arrested and referred to the judiciary,” it said on Twitter.

Interior Minister Raya el-Hassan said it was unacceptable for protesters to “blatantly assault” the security forces.

Firefighters put out a blaze that engulfed a protest camp in the centre of the city, where burning tents sent plumes of smoke into the air. It was not immediately clear what caused the fire. The ISF denied media reports that some of its forces had set fire to the camp, where activists had held debates and sit-ins in recent months.

Hundreds of people had marched and chanted against the political class in other parts of the capital in the afternoon. A large banner at one of the rallies read: “If the people go hungry, they will eat their rulers.”

Anger at the banks – which have curbed people’s access to their savings – has also boiled over, with protesters smashing bank facades and ATMs on Tuesday night.

By In Cyprus
Previous article
Cloud and more showers today, below zero in the mountains tonight
Next article
Cash, jewellery stolen from Peyia home, no signs of break-in