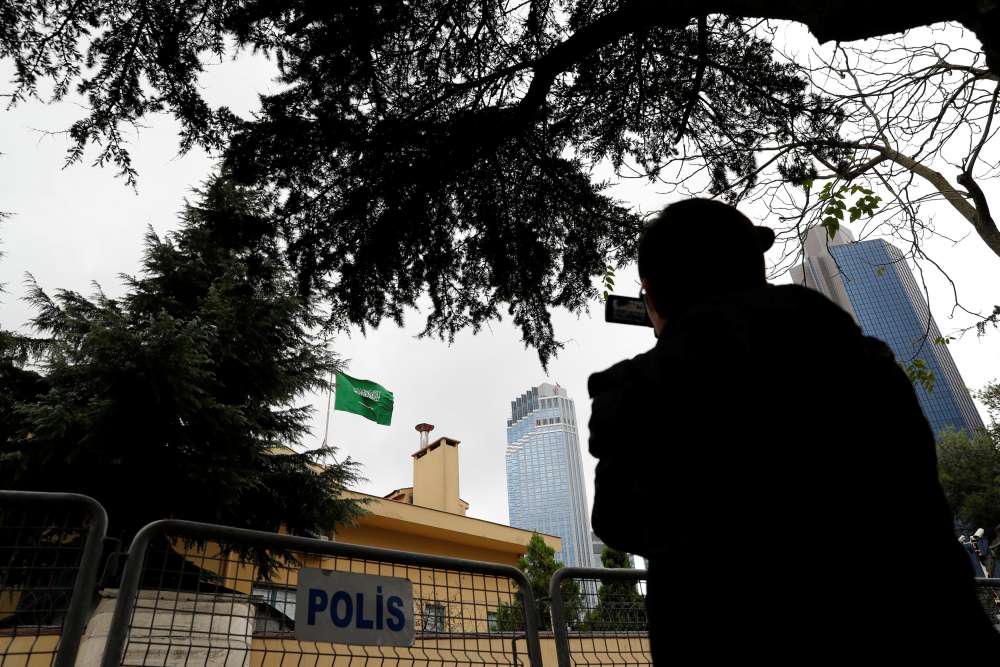 Saudi Arabia’s King Salman on Monday ordered an internal probe into the unexplained disappearance of prominent journalist Jamal Khashoggi as a joint Turkish-Saudi team was set to search the Saudi consulate in Istanbul where he was last seen on Oct. 2.

A Turkish diplomatic source said investigators would inspect the consulate on Monday afternoon, following delays last week when the two countries agreed to work together to find out what happened to Khashoggi, a critic of the Kingdom’s policies.

“The King has ordered the Public Prosecutor to open an internal investigation into the Khashoggi matter based on the info from the joint team in Istanbul,” a Saudi official, not authorised to speak publicly, told Reuters.

Asked when the public prosecutor could make an announcement about the investigation, the official said: “He was instructed to work quickly.”

Khashoggi, a U.S. resident, disappeared after entering the consulate to get marriage documents. Turkey believes he was murdered and his body removed, while Saudi Arabia has denied the allegations.

The case has provoked an international outcry, with U.S. President Donald Trump threatening “severe punishment” if it turns out Khashoggi was killed in the consulate and European allies calling for “a credible investigation” and accountability for those responsible.

Saudi Arabia has responded by saying it would retaliate against any pressure or economic sanctions “with greater action”, and Arab allies rallied to support it, setting up a potential showdown between the global oil superpower and its main Western allies.

King Salman and Turkish President Tayyip Erdogan spoke by telephone on Sunday evening and stressed the importance of the two countries creating the joint group as part of the probe.

Concern over the disappearance has seen a growing number of attendees pull out of a “Davos in the Desert” investment conference set for Oct. 23-25 , which has become the biggest show for investors to promote Saudi Crown Prince Mohammed bin Salman’s reform vision.

One of them is a forensic expert who has worked at the Saudi Interior Ministry for 20 years, according to a LinkedIn profile. Other names and photos match officers in the Saudi Army and Air Force, as identified by previous Saudi media reports and in one case a Facebook profile.

The Saudi consulate referred Reuters to authorities in Riyadh who did not respond to questions about the 15 Saudis.

The Washington Post, citing unidentified U.S. and Turkish officials, reported that Turkey had told U.S. officials it has audio and video recordings that prove Khashoggi was killed inside the consulate.

It was not clear that U.S. officials had seen the footage or heard the audio, the Post reported, but Turkish officials have described the recordings to them.

By In Cyprus
Previous article
Paralimni
Next article
Panagia