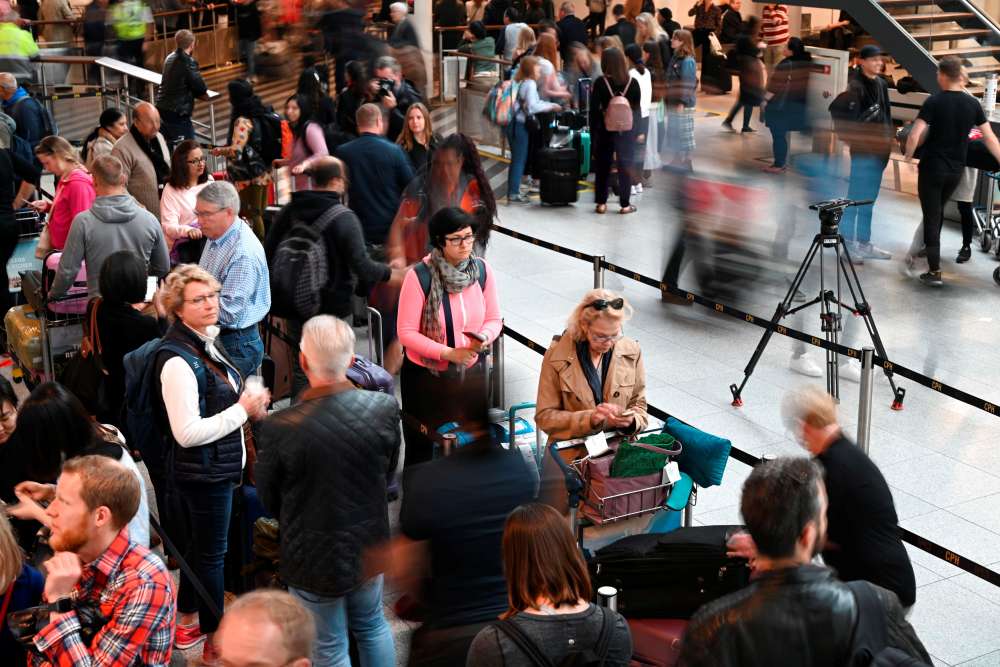 SAS pilots in Norway, Sweden and Denmark went on strike on Friday as wage talks broke down, triggering queues at airports as the carrier cancelled around 70 percent of its flights.

A strike across the three Scandinavian countries could affect some 170,000 passengers during the weekend, SAS has said.

SAS said on Friday it hoped to resume negotiations and reach an agreement as soon as possible.

“As a consequence of the strike, domestic, European and long-haul flights have been cancelled, and thousands of travellers will be affected,” it said in a statement.

Across airports in Scandinavia stranded passengers were queuing at SAS counters to get help.

“This strike delays everything,” said Mexican tourist Carmen Sosa, 50, who was stranded at Oslo’s Gardermoen airport.

SAS said it was prepared to continue to negotiate, but that if the pilots’ requirements were to be met, they would have “very negative consequences” for the company.

Labour unions this month called for 1,500 SAS pilots to go on strike on Friday if no agreement was reached on wages and other issues after an earlier round of talks failed.

“The strike could have been avoided, if SAS had shown a real willingness to meet us halfway,” said Rene Arpe, chairman of the Danish pilot union.

“Instead, we see a SAS management that thinks their employees must accept worse working conditions, unpredictable working hours and insecurity about their jobs,” Arpe said.

The aviation industry’s employer body in Sweden said pilots held onto their “extreme wage claims”, demanding a 13 percent wage increase despite what it calls already high average wages of 93,000 Swedish crowns ($9,759.89) a month.

“We had wished that the pilots had taken a greater responsibility in this situation,” said Torbjörn Granevärn, head of negotiation at the Swedish Confederation for Transport Enterprises.

The strike does not affect flights operated by SAS partners, which make up approximately 30 percent of all departures, the airline said.

SAS is in the midst of renewing an ageing fleet after spending years cutting costs in the face of competition from budget carriers such as Norwegian Air Shuttle and Ryanair.

The airline reported a bigger-than-expected loss for its first quarter in February, but said it still expected to record a profit for the year.