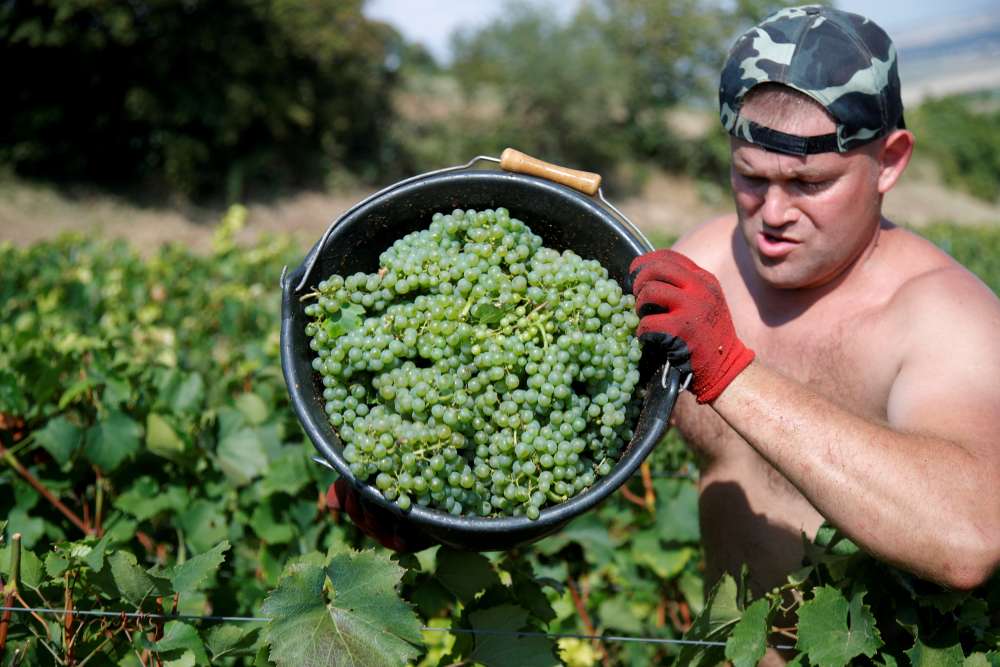 French wine production should recover this year after a weather-ravaged 2017 campaign, forecasts on Friday showed, with a scorching summer boosting grape growth and allowing a very early harvest in eastern regions like Champagne and Alsace.

But fresh headaches for growers, notably the widespread cases of fungal crop disease mildew, could limit the rebound, while producers worry climate change is putting a ceiling on longer-term output.

France’s agriculture ministry estimated total 2018 wine output at 46.1 million hectolitres (hl), up 25 percent from last year although at the low end of an initial forecast range of 46-48 million hl projected a month ago.

A hectolitre represents 100 litres, or the equivalent of about 133 standard wine bottles.

In contrast, hot, dry weather this summer, which has hurt some crops in France like maize, has helped vineyards by curbing the mildew that spread during the wet spring, the ministry said.

“The situation in most vineyards remains favourable for production, it said in a report. “Since the end of June the spread of mildew seems to be have been halted by the drier weather.”

Champagne was expected to see a sharp rise in production, up 56 percent from last year to 3.5 million hl.

Eastern regions like Champagne and Alsace have experienced some of the most searing weather this summer. This accelerated grape growth and led to harvesting starting this week, an early timing that “is unheard of,” Jerome Despey, head of the wine committee at farming agency FranceAgriMer, told reporters.

Despey gave a lower forecast for French wine output at 44.5 million hl, closer to the average of recent years, stressing contrasts between areas like Champagne and southwestern zones like Bordeaux that were among the worst hit by the mildew and storms.

The impact of mildew was hard to measure, he said, while weather in the coming weeks could still shape the harvest, with late rain favouring grape size.

In the Bordeaux region, where harvesting of white grapes began this week, wine representatives were reluctant to make forecasts.

“In terms of quantity, we’ll have a harvest curbed by the hail and the mildew. To what extent, we have no idea,” Bernard Farges, vice president of industry group CIVB, said.

“For quality, all the indications are good,” he added.

But while hot, sunny weather boosts grape development and tends to favour wine quality, a warmer climate remained a longer-term threat to wine production, said Despey, who is a wine grower in the southwestern region of Languedoc-Roussillon.

“This is the real issue … Even when there’s no major weather event, we can’t do more than 45 million hectolitres any more.”

Irrigation, little used in French vineyards due to rules governing origin labels and wider public resistance to water use by farms, would have to be developed to cope with increasingly dry, hot weather, he said.

By In Cyprus
Previous articleBank of Cyprus and Hellenic set to dominate deposit market share with 69%
Next articleUpdate: Arrest after harpoon-wielding thief robs Liopetri bakery