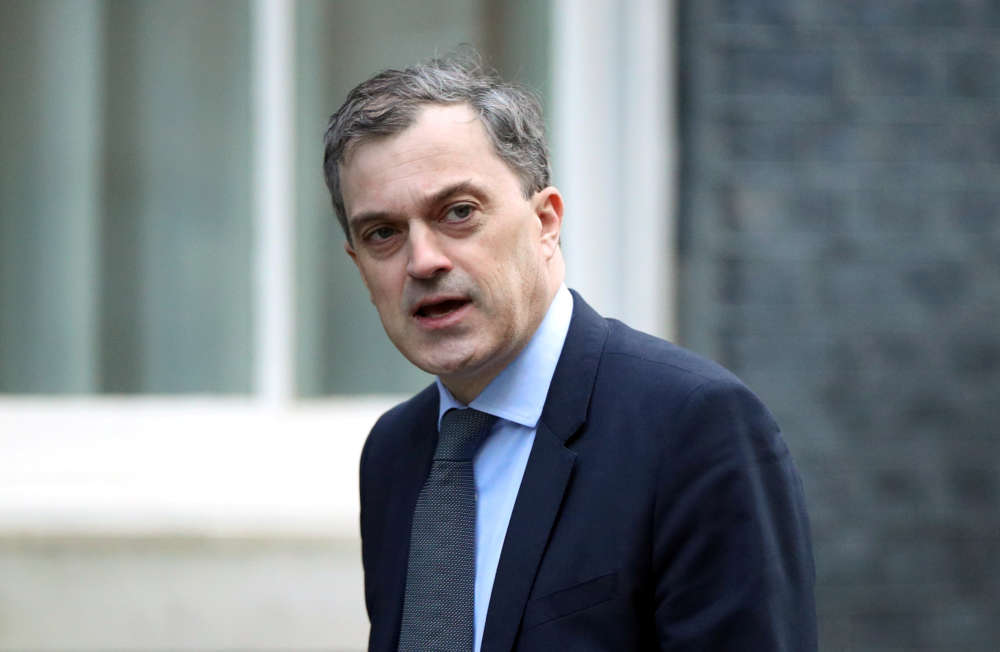 British Prime Minister Boris Johnson has sacked the minister who helped end three years of political paralysis in Northern Ireland, prompting criticism on Thursday that Johnson was indifferent to the fate of the people living there.

As Secretary of State for Northern Ireland, Julian Smith brokered a deal to restore the region’s elected assembly, a key element of the 1998 Good Friday peace accord that ended 30 years of violence known as “the Troubles”.

In a rare consensus, he was praised by all sides in Northern Ireland politics.

“Sacking the most successful Secretary of State in a decade shows Johnson’s dangerous indifference to us,” said Colum Eastwood, leader of the SDLP, one of the five parties that re-entered the regional power-sharing government as a result of the deal.

Smith’s dismissal came at a sensitive time for Northern Ireland, which faces complex challenges as it exits from the European Union along with the rest of the United Kingdom, while neighbouring Ireland remains part of the bloc.

There was no immediate statement from 10 Downing Street, Johnson’s office, explaining the reasons for Smith’s ouster, which came as part of a wider cabinet reshuffle.

Smith announced his sacking on Twitter, saying that “serving the people of Northern Ireland has been the biggest privilege”.

The Northern Ireland institutions had been dormant since the collapse in 2017 of a power-sharing agreement between Unionists, who want the region to remain in the United Kingdom, and Irish nationalists, who want to become part of the Republic of Ireland.

Leo Varadkar, the Irish prime minister, thanked Smith on Twitter for restoring the power-sharing deal in Belfast and for helping to secure an agreement between London and Dublin to avoid border checks between Ireland and Northern Ireland after Brexit. This was seen as key to maintaining peace.

“You are one of Britain’s finest politicians of our time,” Varadkar told Smith in his post.

Simon Coveney, Dublin’s foreign minister, said Smith had been very effective “at a time of real challenge and risk”.

The Times newspaper in London cited an unnamed senior government source as saying Johnson had felt “blindsided” by the power-sharing deal brokered by Smith, and that there was “concern about the way he’s been operating”.

But the newspaper also said that Johnson and his cabinet had been fully briefed on the deal before it was agreed.

Bertie Ahern, a former Irish prime minister and one of the key architects of the Good Friday agreement, blamed “sour grapes” on Johnson’s part because Smith had held a senior role under former British Prime Minister Theresa May.

“I think it’s very disappointing,” Ahern told RTE television. “I interpret the firing of a person who has probably been one of the best secretaries of state, to me it looks to be vindictive.”