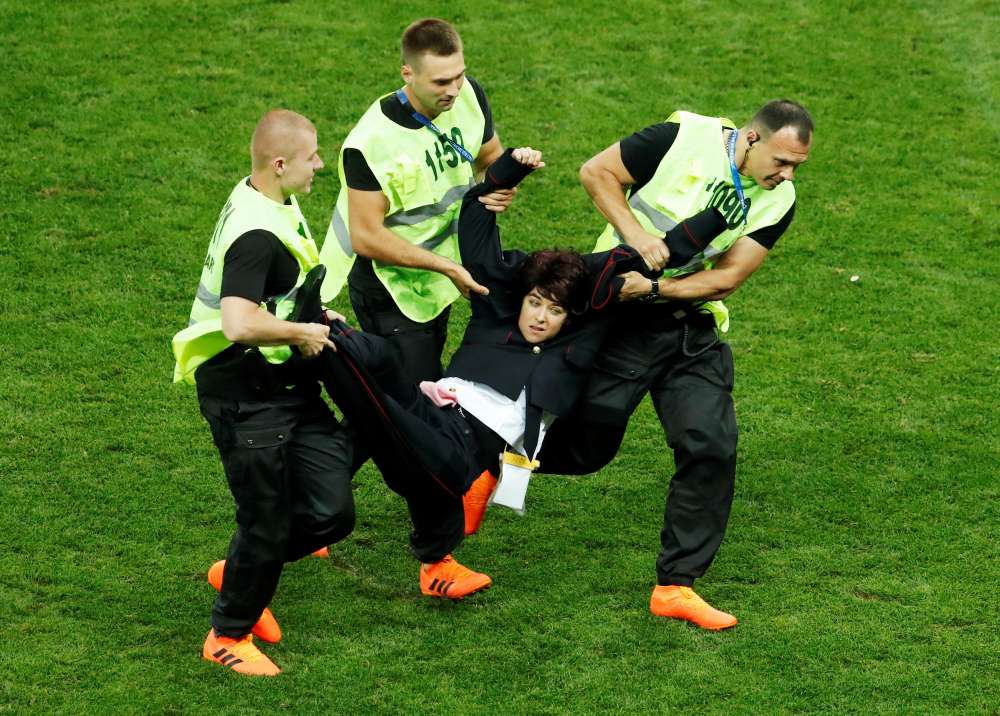 Four members of Russia’s Pussy Riot protest group who were jailed for 15 days for staging a pitch invasion during the soccer World Cup final were detained again after their release on Monday and were held overnight, their lawyer said on Tuesday.

The members of the group face new charges of staging a public event without having prior permission, an offence that carries a jail sentence of up to 10 days or a fine of up to 30,000 roubles ($481.21), Russian news agencies reported.

Nikolai Vasilyev, the group’s lawyer, said police had not yet allowed him to see the case materials, and he was unable to confirm what charges his clients faced, or when a court hearing would be held.

The activists briefly interrupted the soccer World Cup final on July 15 when they ran onto the pitch in police uniforms.

Their intrusion onto the pitch in Moscow’s main stadium in front of President Vladimir Putin and other high-ranking officials marked a rare security breach in the weeks-long soccer tournament hosted by Russia.

The group said the stunt, which held up the game only briefly, was meant to promote freedom of speech and condemn policies of FIFA, soccer’s global governing body.

The four pitch invaders were jailed for 15 days for the stunt and were banned from sporting events for three years.

Tournament organisers said the stewards who failed to stop the intrusion would face disciplinary action.