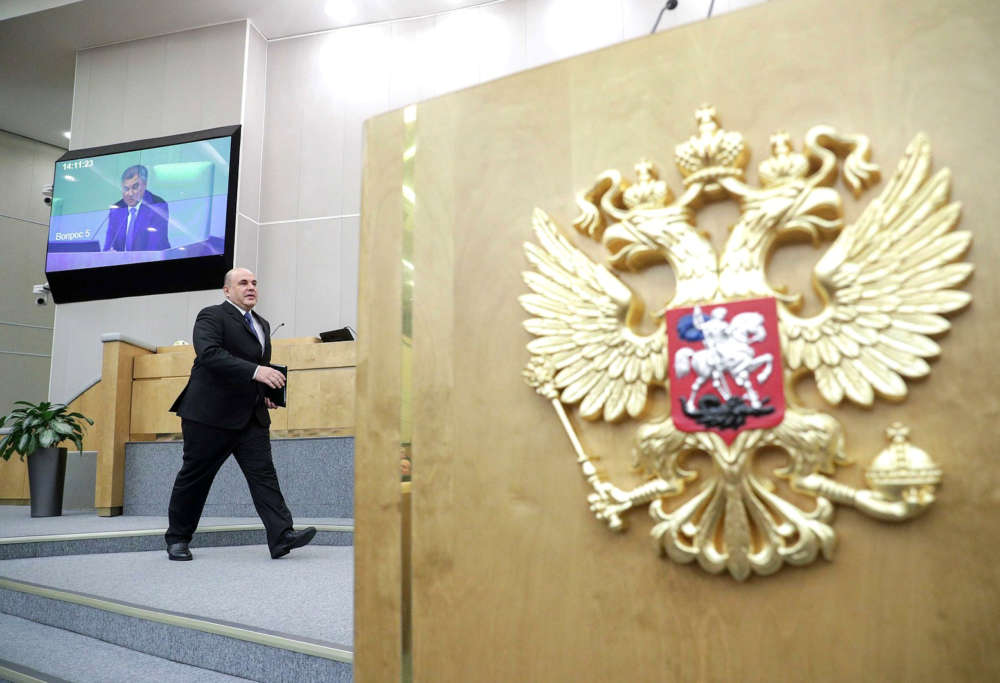 The Russian parliament overwhelmingly backed President Vladimir Putin’s surprise choice for prime minister on Thursday after what one daily called a “January revolution”, a major political overhaul that some say could set Putin up as leader for life.

The State Duma, the lower house of parliament, gave its backing to Mikhail Mishustin, a 53-year-old with almost no political profile, endorsing his nomination with 383 votes of 424 cast. Nobody voted against him; there were 41 abstentions.

Mishustin, who has headed the country’s tax service and played ice hockey with Putin, said he would name his cabinet in the near future. Putin signed a decree appointing him prime minister soon afterwards.

His elevation is part of a sweeping shake-up of the political system announced by Putin on Wednesday, which led to the resignation of Dmitry Medvedev as prime minister along with his government.

The changes are widely seen as giving Putin, 67, scope to extend his grip on power once he leaves the presidency in 2024. He has dominated Russian politics, as president or as prime minister, for two decades.

The sudden and radical overhaul cements Putin’s control of the transition process and is seen by some as an attempt to reduce intra-clan infighting between now and 2024.

The abrupt departure of Medvedev’s government also allows Putin to show he is responding to public discontent after years of belt-tightening and an unpopular pension age hike.

Medvedev, head of the government since 2012, has been a lightning rod for Russians’ frustrations as he has played steward to an economy buffeted by a 2014-16 downturn, Western sanctions and swings in the price of oil, Russia’s life blood.

Real wages have been falling for over five years and have gradually eroded the government’s popularity ratings, raising the prospect they could start bleeding into Putin’s own ratings, analysts and critics of the Kremlin said.

That was seen as a concern for the Kremlin ahead of a parliamentary election next year and as something that could make a smooth transition for Putin harder to achieve.

“There were large suspicions that if this stagnation continued and everything remains as it is, then the make-up of the new (parliament) would be considerably less friendly towards the Kremlin,” said Vladimir Tikhomirov, chief economist at the BCS Financial Group.

Critics have long accused Putin, a former KGB officer, of plotting to stay on in some capacity after his term ends to continue to wield power over the world’s largest nation, which is also one of its two leading nuclear powers.

The constitutional reform proposals, which he set out on Wednesday and suggested should be put to a referendum, would give him the option of taking an enhanced role as prime minister after 2024 or a new role as head of the State Council, an official body he said he was keen to build up.

PUTIN TO “RULE FOR LIFE”?

Opposition politician Leonid Volkov said it looked as though Putin was digging in.

“It’s clear to everyone that everything is going exclusively towards setting Putin up to rule for life,” he wrote on social media.

The Kommersant business daily on Thursday called Putin’s shake-up “the January revolution”. The proposals looked, Kommersant wrote, like the start of many more changes to come.

Under the current constitution, which sets a maximum of two successive terms, Putin is barred from immediately running again for the presidency in 2024, but his supporters find it hard to imagine Russian political life without him.

Putin remains popular with many Russians who see him as a welcome source of stability, even as others complain that he has been in power for too long and that their pensions and standard of living are being steadily eroded.