Russian airplane disappears in the Mediterranean 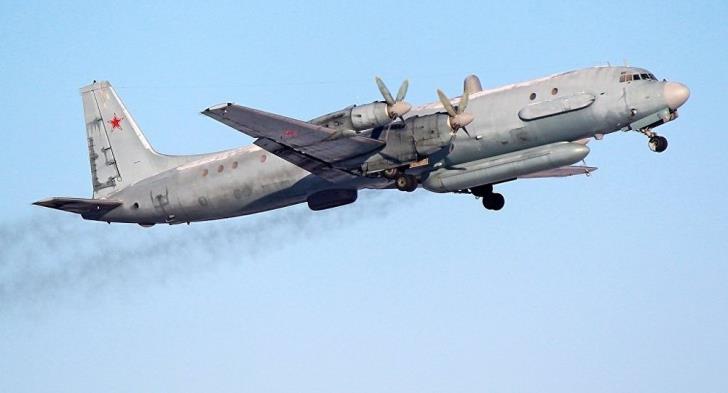 Russia’s defence ministry said that one if its military aircraft with 14 people on board disappeared from radar screens over Syria at the same time that Israeli and French forces were mounting aerial attacks on targets in Syria.

A US official said Washington believed the aircraft, which is an Il-20 turbo-prop plane used for electronic reconnaissance, was inadvertently shot down by anti-aircraft artillery operated by Moscow’s ally, the Syrian government.

Around the time the plane disappeared, the Syrian coastal city of Latakia -near a Russian airbase to which the Il-20 was returning- came under attack from “enemy missiles”, and missile defence batteries responded, Syrian state media reported.

The defence ministry in Moscow said the aircraft was returning to the Russian-run Hmeymim airbase in Latakia province when, at about 11pm Moscow time (20:00 GMT) yesterday, it disappeared from radar screens.

The plane was over the Mediterranean Sea about 35km (20 miles) from the Syrian coastline, Russia’s TASS news agency quoted the ministry as saying in a statement.

“The trace of the Il-20 on flight control radars disappeared during an attack by four Israeli F-16 jets on Syrian facilities in Latakia province,” the statement was quoted as saying.

“At the same time Russian air control radar systems detected rocket launches from the French frigate Auvergne which was located in that region.”

The fate of the 14 people on board the missing plane is unknown, and a rescue operation has been organised out of the Hmeymim base, the ministry said.

Russia’s military operation in Syria, which began in late 2015, has turned the tide of the conflict in favour of Moscow’s ally, Syrian President Bashar al-Assad, in his fight against rebels. But it has come at a cost to Russia.

In December 2016, a Russian plane carrying dozens of Red Army choir singers, dancers and musicians crashed into the Black Sea on the way to Syria, killing all 92 people on board.

In March this year, a Russian military transport plane crashed when coming in to land at the Hmeymim base, killing all 39 people on board.

Multiple countries have military operations underway around Syria, with forces on the ground or launching strikes from the air or from ships in the Mediterranean.

In some cases, those countries are backing opposing sides in the Syrian conflict.

Hotlines are in place for those countries to share operational information on their deployments, but diplomats and military planners say there is still a high risk of one state inadvertently striking another country’s forces.

By In Cyprus
Previous article‘British UN doctor’ stole €117,000 from woman he met on Facebook
Next articleChanges in the heart of Larnaca