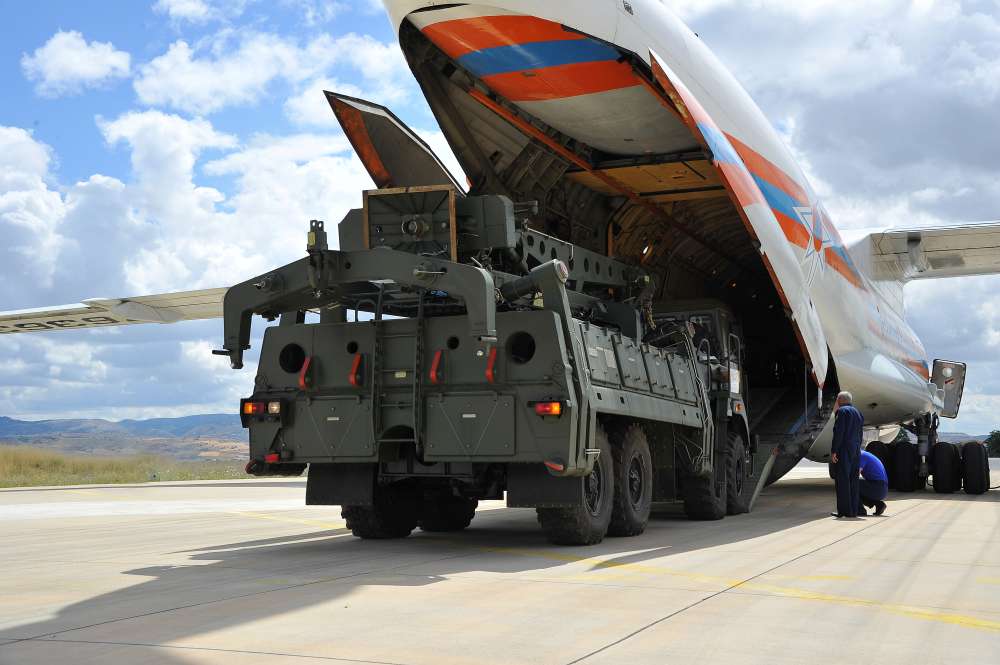 Russia flew a fresh shipment of advanced air defence equipment to Turkey on Saturday, the Turkish Defence Ministry said, continuing to implement a deal that is likely to trigger U.S. sanctions against a NATO ally.

The ministry said a fourth Russian cargo plane landed at the Murted air base near the Turkish capital Ankara, a day after three huge Russian air force AN-124 planes offloaded equipment at the base.

Washington has tried for months to prevent the deal, arguing that the Russian S-400 air defence system is incompatible with NATO systems. It also says that if the S-400s are deployed near U.S. F-35 jets, which Turkey is buying and helping to produce, they would undermine the stealth fighter planes’ defences.

U.S. officials had warned that Turkey would be thrown off the F-35 programme if it took delivery of the S-400s, and would also face sanctions under U.S. legislation seeking to prevent countries from buying military equipment from Russia.

Turkey says S-400 is a strategic defence requirement, above all to secure its southern borders with Syria and Iraq. It says that when it made the deal with Russia for the S-400s, the United States and Europe had not presented a viable alternative.

The dispute between the countries with the two largest armies in NATO marks a deep division in the Western military alliance, which was forged after World War Two to counter Moscow’s military power.

“Minister Akar told his U.S. counterpart that Turkey remains under a serious air and missile threat and that purchase of S-400 defence systems was not an option but rather a necessity,” a Turkish Defence Ministry statement said.

Investors in Turkey have been unsettled by the deal and the prospect of sanctions, a year after a dispute with Washington over the trial of a U.S. pastor in Turkey contributed to a financial crisis which drove Turkey’s economy into recession.

The Turkish lira TRYTOM=D3 weakened as much as 1.6% to 5.7780 against the dollar on Friday, before recovering somewhat.

Russia’s TASS news agency quoted an unnamed military-diplomatic source on Friday as saying that a further delivery – of 120 guided missiles – would be carried out by ship at the end of the summer.

By In Cyprus
Previous articleNew Orleans residents huddle at home, and in bars, ahead of hurricane
Next articleAkinci proposes joint committee to manage gas revenue